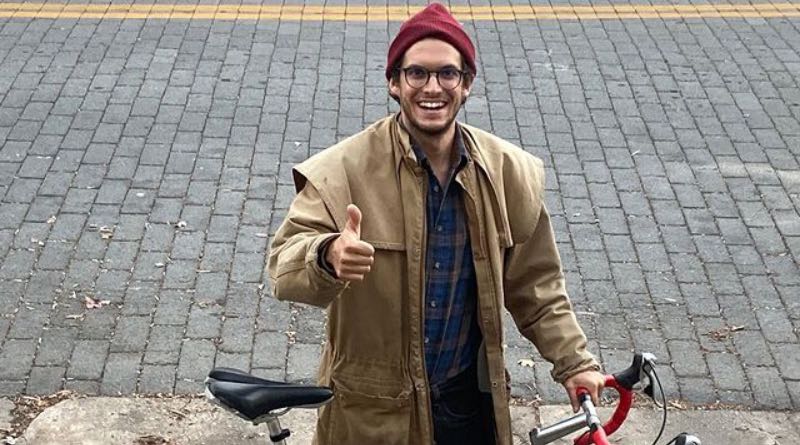 Married at First Sight husband Bennett Kirschner is known for his quirky nature. He shares a lot of thought-provoking musings with his Lifetime fans. And Amelia Fatsi’s husband recently shared his latest motto with viewers.

Bennett Kirschner keeps Married at First Sight viewers on their toes with his off-camera updates. Viewers never know what the Lifetime husband will say or do next. And that’s part of the appeal of Amelia Fatsi’s husband. Meanwhile, it looks like the quirky cast member found new words to live by.

Turns out, Married at First Sight star Bennett Kirschner adopts a famous slogan as his own. And he takes a page out of the Tiger Balm playbook. Tiger Balm is a popular product that helps alleviate aches and pains. Their product slogan advertises that it “works where it hurts.” And those are the exact words that Bennett decided would be his motto. As a bonus, he even has a hat with the Tiger Balm logo to match.

Married at First Sight hubby Bennett Kirschner added that he has no idea where living by this slogan will take him. But either way, he is prepared for the journey ahead.

Even though Bennett Kirschner is a funny and quirky guy, he made some serious business moves in recent months. And as a bonus, they seem to be paying off for him. As Married at First Sight viewers keeping up with Bennett’s off-camera story know, he recently got a job in Virginia. And he works for a solar company.

Part of Bennett Kirschner’s job is helping customers save money on their bills. And as a bonus, he does his part to help protect the environment as well. Meanwhile, because his new job is based in Virginia, he gets to be near Amelia Fatsi as well. They lived apart for a while with Bennett back in Louisiana. But that’s certainly not the case anymore.

Bennett Kirschner and Amelia Fatsi were a fan-favorite Married at First Sight couple from the very beginning of their season in New Orleans. Even so, there was some concern surrounding their living situation because Amelia had to do her residency in Virginia.

The couple lived apart for some time. Even so, they made sure to visit one another. And it was a priority for them to spend things like holidays together. This is especially true so early on in their marriage. Meanwhile, they seem to have settled into married life nicely. And it’s clear Bennett continues to find new ways to amuse himself by adopting fun, quirky mottos.