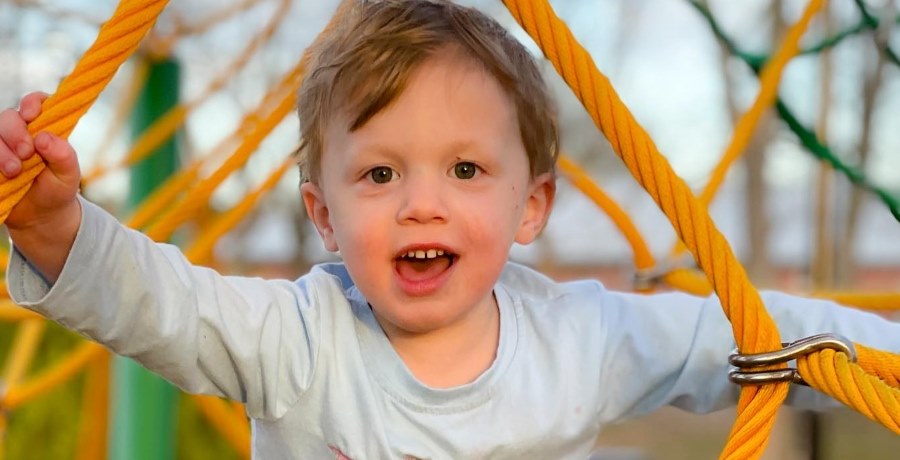 Sweet Home Sextuplets star Courtney Waldrop once again has a wayward sextuplet to tattle on. Of course, whenever something is going on in the Waldrop home, you can bet money; it somehow involves Blu Waldrop. This latest misadventure indeed was Blu’s handy work. However, the precocious toddler was saved from certain punishment by the love of a good book.

Sweet Home Sextuplets star Blu Waldrop is always getting into trouble. Of all the younger boys, he certainly is the one who Courtney Waldrop cannot afford to take her eyes off. After all, in just a blink, Baby Boy Blu can get himself into a heap of trouble.

This weekend Blu was caught red-handed after climbing a dresser. He’s almost too cute to punish. He’s just sitting there peacefully and quietly with a book in his hands. That book may have saved the firstborn sextuplet from serious punishment. This leaves his mother, Courtney Waldrop, to wonder if having a book in his possession was all part of the toddler’s plan.

Sweet Home Sextuplets busy mom of nine Courtney Waldrop says she spends most of her days pulling her son Blu down off of things. He’s a bundle of non-stop energy. She says she’s just happy to find him sitting in one place for a change. Plus, she’s also happy he seems to enjoy reading or at least to hold a book as if he’s ready to read.

Courtney also says, “I guess it’s just not as fun unless you’re on top of something,” when describing Blu Waldrop’s latest antics. Blu, no doubt, keeps Courtney on her toes. Certainly, he knows how to keep it fun at the Waldrop home.

This weekend, it was a family affair for the Sweet Home Sextuplets family when all the kids went to watch the older boys at baseball practice. In true “boys will be boys” fashion, the little boys took advantage of all the mud and mud puddles along the way. If there was a puddle of mud, all three three-year-olds just had to jump in it.

Yes, Blu Waldrop was leading the pack on this muddy adventure. However, Courtney’s used to this by now. So rather than get mad, she allows her boys to enjoy the mud and have fun. Certainly, Courtney’s mastered the boy mom life.