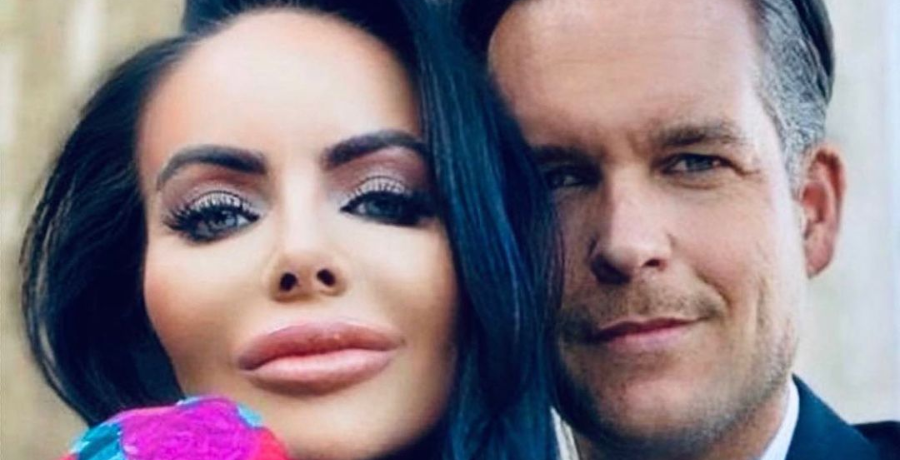 90 Day Fiance star Tom Brooks seemed excited about his new love. He didn’t waste any time showing her off on social media. Yesterday, TV Shows Ace revealed the first photo of Tom and his new love, Mariah. He said that he’s completely “besotted” with her. His Instagram post sounded like an episode of Downton Abbey.

Even fans had plenty to say about the new romance. They could feel the love all the way from London. However, some noticed some interesting things about Tom’s new love. They said she looks like Florian’s fling. Some claimed that Tom has a type.

Now, there are rumors buzzing about Tom’s love. She’s still married to someone else.

Is Tom’s new relationship a sham?

According to @RealityTeaVee, Tom and Mariah are in a fake relationship. The Instagram account shared a photo of Mariah with her husband. The caption reads: “Breaking news: Tom’s new relationship with Mariah is FAKE! She’s a happily married woman and mother to two boys. Tom’s fake relationship is another attempt to stay relevant.”

Fans also noticed something else about her that’s raising red flags. Mariah just opened an Instagram account a few days ago. At the time, she mostly had photos of herself with the TLC star. But she has since gone private.

Also, her Instagram handle is “@ladym_tv,” which is similar to Tom’s handle which is “tombrooks_tv.” Some think that the two are peddling a reality show. Or, the couple may want to be part of the 90 Day Fiance universe on discovery+.

Tom held an Instagram live to clear up the rumors. On Sunday, February 28, he held an hour-long session that addressed his new relationship. In the caption, he wrote: “The truth @lady_tv. People can be mature and act as adults.”

The 90 Day Fiance star had a chat with his girlfriend and her husband. Mariah’s husband is also the owner of iDrink. Tom confirmed that Mariah’s still married, but they’re still in a loving relationship.

They both claim this is not a ploy for business or reality TV fame. However, fans don’t buy it. One Reddit user commented: “Sure Jan.” Another wanted to know if the couple ever spent time together in real-life. But they have a lot of photos of themselves together. A third user called the Brit a “fraud” who’s “faking his relationship so these two can get publicity for their water company.”

Tom continues to profess his love

The 90 Day Fiance star is undeterred. He wants to prove to fans that he’s happy and in love. Tom took to his Instagram Story to share a few photos from their date nights.

Tom even writes a poem professing his love for her. It reads: “So who can stop me if you’re my destiny? What if we rewrite the stars? Say you were made to be mine. Nothing could keep us apart. You’d be the one I was meant to be with it.”

The couple appears to be moving quickly. Tom has already tagged Mariah in his Instagram bio. It’s unclear how long they’ve been together.

What are your thoughts and his new lady? Do you believe the rumors that it’s a sham? Or, do you think this is true love? Sound off below in the comments.

90 Day Fiance airs Sunday nights at 8 p.m. ET on TLC. In the meantime, watch your favorites on discovery+.