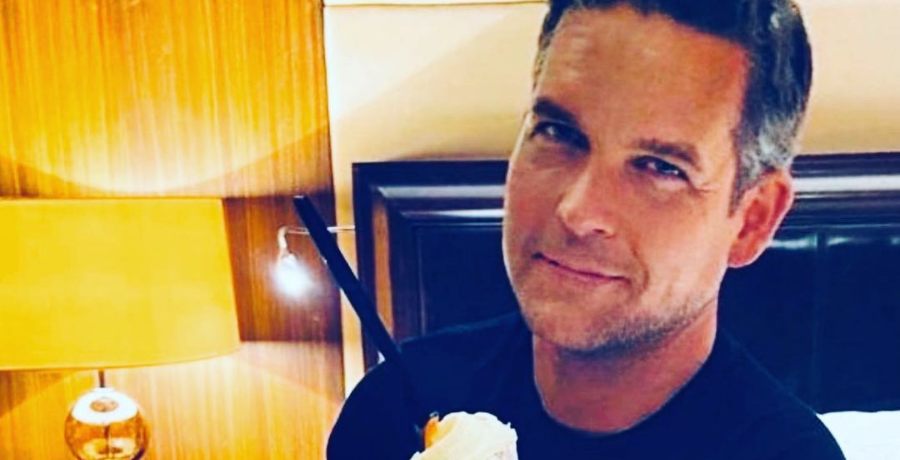 90 Day Fiance star Tom Brooks became Instagram official with a new woman. The British bad boy is off the market once again. Over the past year or so, Tom’s had ups and downs in his relationship. He has a new lady in his life – and she’s neither a blonde nor is she associated with the TLC franchise. Yet. She does have “TV” in her Instagram handle.

Regardless, fans think Tom has a type. He first got attention with his relationship with Darcey Silva. However, viewers haven’t forgotten how things ended. Tom is known to go after his ex-girlfriends and other TLC stars. Check out the photo of the lad and his new love.

The 90 Day Fiance star has a new love in his life. On Friday, February 26, Tom shared a photo of himself with a mystery woman. Her name is Mariah. Interestingly enough, her Instagram account is three days old. It also features photos of the two together. However, she has gone private since then.

“Love of my life… when you know you know … I’m besotted,” Tom captioned the image.

The two are all glammed up for the photo. Mariah wears a colorful floral print top. Meanwhile, Tom wears his signature suit sans tie. He paired a navy-blue blazer with a baby blue shirt and handkerchief. Both seem happy and in love in the photo.

Fans of 90 Day Fiance took to the post to share their reaction. Most of the comments were positive. Some of them called Mariah “beautiful” while others agree that the couple looks good together. One even noted that she’s an “upgrade” from Tom’s exes.

Meanwhile, viewers on Reddit noticed similarities between Tom’s new love and his previous ones. They noticed that each of his girlfriends partake in plastic surgery, notably lip fillers. Here are just some of the comments:

Some 90 Day Fiance fans noticed that Mariah looks a lot like the woman who fooled around with Stacey’s husband Florian. One fan on Reddit wrote: “She looks like that crazo [sic] chick that was claiming she slept with Florian. Ridiculous frozen face and crazed eyes.”

One user on Instagram asked underneath Tom’s Instagram post: “Is this the girl that harassed Stacey?” to which Tom responded: No.” Florian’s fling goes by the name Shanti Zohra. Even Tom made it clear that he’s not dating Shanti. He posted Mariah’s Instagram handle in the comments section.

What are your thoughts on Tom’s new love? Sound off below in the comments.

90 Day Fiance airs Sunday nights at 8 p.m. ET on TLC. And you can stream the 90 Day Fiance universe on discovery+.

Derick & Jill Dillard Train Fenna Their Rescue Dog
Strong ‘OutDaughtered’ Mama Is TERRIFED Of These
Kelley Flanagan Sends Message To A F***boy But Which One?
Whitney Way Thore Like You Have Never Seen Her Before
Did ‘Sister Wives’ Christine Brown Fall For A New Pyramid Scheme?