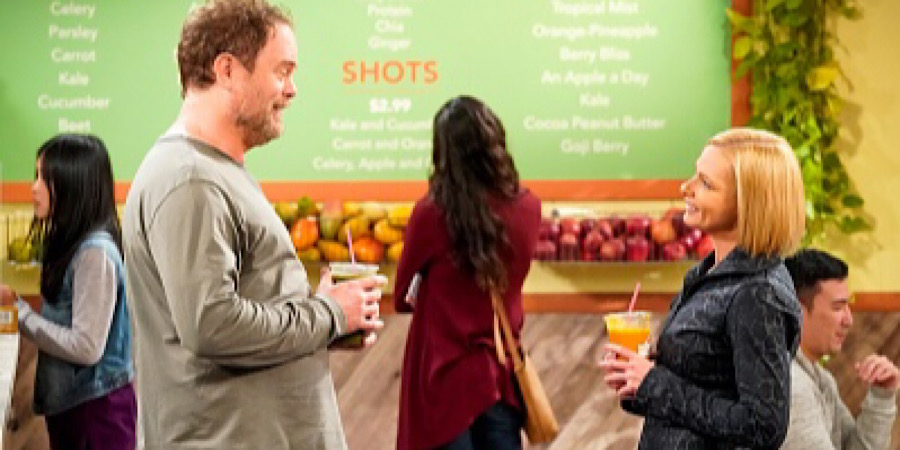 Last week on Mom, Bonnie had to face the reality that Christy had officially moved out. At the same time, Jill met Bonnie’s therapist, Trevor, and sparks flew. Unfortunately, this did not fly with Bonnie and it became a conflict of interest. Will Bonnie let two important people in her life have happiness? Viewers are about to find out.

Trevor Tells Bonnie To Get A Hobby On Mom

In therapy, Bonnie is venting about Adam’s bar in therapy. She feels like her husband does not love her because he owns a bar and she is a recovering alcoholic. So that must be his way of saying he does not love her. But the clear sign to Bonnie is he only has three non-alcoholic beverages on the menu. Trevor suggests Bonnie create alcohol-free cocktails and pitch them to Adam.

During their session, Bonnie can sense Trevor is still single. It is mainly because he has feelings for Jill and vice versa but it is a violation for them to date. He then reveals he will not share much more because he can talk to his therapist. Bonnie is shocked to learn therapists have therapists- it almost blows her mind. But she has cocktails to make and present to Adam.

Cocktails and Run-ins With Jill

Accidentally, Trevor and Jill have a run-in at the juice bar. They very clearly have an attraction to one another, which he discusses at therapy. He notes he was not popular in high school and only had one friend. Now, someone who is the epitome of popular and hot wants him and he cannot have her. Jill meets with Marjorie for the same conversation but the conclusion is the same. They cannot date each other because he is Bonnie’s therapist.

At the bar, Bonnie is testing out cocktails with Tammy and Adam. The first two are hits but the last one is a miss. Adam thinks if she keeps coming up with some more of these, they could have a full menu. But, Bonnie starts to find herself making concoctions when she is alone and sober drinking. She frightens herself for really no reason but it is understandable. It reminds her of when she used to be out of control.

At the bar, the ladies have met up to try Bonnie’s new cocktails and are really impressed. Jill brings up her crush on Trevor and Bonnie says it’s fine to date him. She says her mind changes daily so if you don’t get the answer desired, wait a day and ask again. Soon, Bonnie regrets saying yes but Jill goes over to see Trevor the next day. He does want her but makes it clear nothing can happen. And that is where it is left.

Next week, the ladies celebrate Valentine’s Day and Wendy has a new love. The final season of Mom airs Thursday nights at 9 pm on CBS.