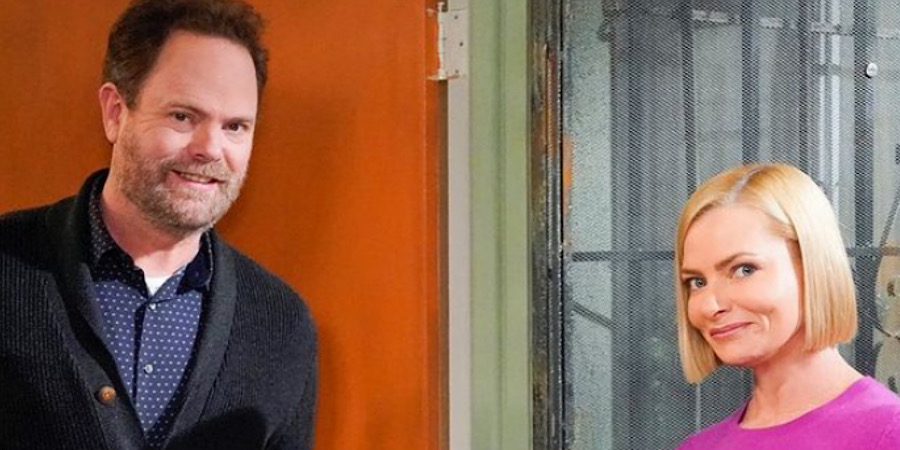 Last week on Mom, Adam bought an RV without Bonnie’s permission. Angrily, she forced him to live in it but kept the dog with her. Jill, still struggling to deal with her breakup from Andy, learned her dentist was retiring. This sent her down a sad spiral. Fans of the show are feeling the spiral as it was revealed this is the last season of the show. Luckily, the finale is two and a half months away so there are still stories to tell.

Bonnie, Her Therapist, And the Spare Room

While at her therapist’s office, Bonnie cannot handle how dark it is without the lamp on. She says something about Christy and he asks how she is. Casually, Bonnie says she is doing well and chatters on about renovation. She asks Trevor to turn on the lamp, again, which he does. It brightens up the room…and starts a fire. At The Bistro, Jill is on a bunch of dating apps but Marjorie thinks she should mourn her breakup. She goes to the bathroom but demands Tammy fill the meter. It comes out Tammy is struggling, living with her but won’t say anything.

Over at Bonnie’s, she’s flipping out. She is yelling at Adam on the phone while doing so and Tammy hears her, asking how he remains so calm. He says Al-Anon meetings have helped him and she says she could use something to help her with Marjorie. She does not know if she can go because she is an alcoholic but learns she is eligible.

Jill helps Bonnie bring a table to her therapist’s and it seems there is a connection. During her session, she mentions him dating Jill but he says he is not ready to date. He is clearly flustered by the thought of her.

Detaching With Love on Mom

Adam takes Tammy to his Al-Anon meeting and shares about Bonnie spinning her wheels. He admits to her he just comes up with stuff sometimes. It is her turn to share and she apologizes for all the bad alcoholics have caused. At the AA meeting, Marjorie is nitpicking at Tammy but she remains calm from what she has learned. She feels super confident now but Bonnie wants to know what Adam has said about her. Jill shows up and asks about Trevor. Bonnie says he is off-limits but that does not sit well with Jill.

At therapy, Bonnie says she is still struggling with renovating the spare room. Trevor points out who the person who lived there before was. Christy. If she renovates the room, that means Christy is never coming back. So now, she has homework. It means she must clean out the room. While cleaning it out with Tammy, Bonnie shares she never hears from Christy. The other women do and that is what hurts the most. Instead of packing up, the clothes start getting strewn outside the window. They land on Adam and now he wants to go upstairs to console his wife. He tells her to let him take care of her for the moment.

Tammy finally unleashes on Marjorie but eventually, they have to apologize to one another. In the end, Jill shows up to see Trevor with a tissue box she made. Next week, Jill wants to date Trevor but Bonnie is not having it at all. Watch Mom Thursday nights only on CBS.