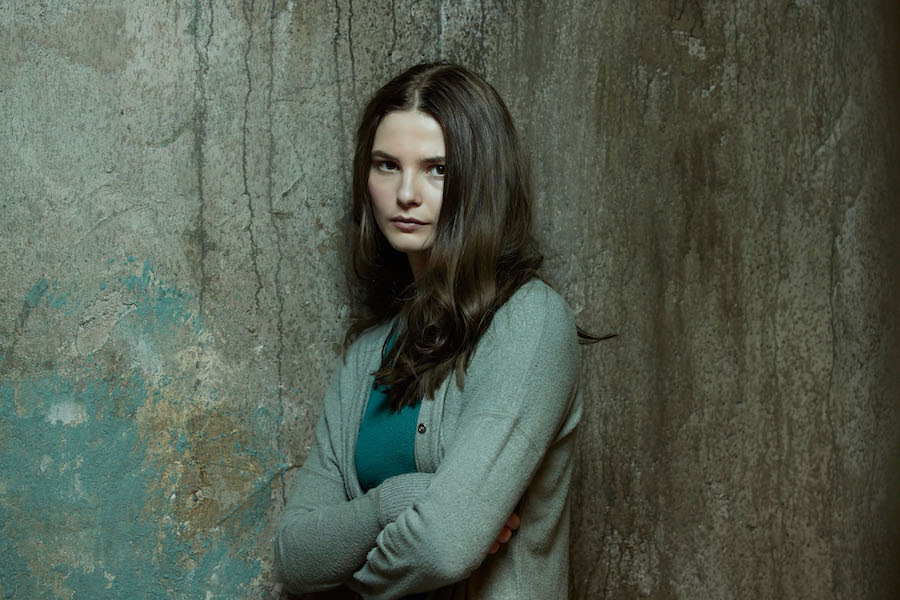 This cautionary thriller will premiere on Saturday, February 27, at 8 p.m. Eastern. In addition, the related documentary, Beyond The Headlines: Surviving Child Abduction and Imprisonment will air right after, at 10 p.m. Eastern.

This is one creepy thriller, what is it all about?

What Is Lifetime’s Girl In The Basement About?

According to the Lifetime  preview, this unthinkable story is inspired by actual events. Girl in the Basement is the horrific story of Sara (Scott). Sara is a vibrant teen girl who was looking forward to her 18th birthday. She just wants to move away from her controlling father Don (Nelson). But she doesn’t get to escape in time.

However, before she could ever blow out the candles, Don imprisons her in the basement of their home. While Don tries to convince wife Irene (Joely Fisher) that Sara ran away, he would secretly visit her in the basement to torture and rape her while Irene and her sister Amy (Topper) continued living upstairs.

As the years pass, Sara gives birth to several children, alone in the basement.  Don eventually brings up their youngest son. He leaves the baby on the doorstep for Irene to find. Attached is a note from Sara saying that was her son. The note explained that she couldn’t care for him.

Because of this note, Irene finally accepts Don’s claims about Sara. After decades of captivity, Sara finally escapes, and her family learns the devastating truth about what had gone on for over 20 years right beneath their feet. In the basement of their home.

In Beyond the Headlines: Surviving Child Abduction and Imprisonment,  two real abduction survivors share their stories following the premiere of the Girl in the Basement.

The stories are about Lori Poland, kidnapped at 3 and left for dead in an outhouse in 1983. The second story is about Katie Beers, abducted and imprisoned for 17 days by a family friend in 1992.

Both women recount their horrific abduction experiences. Moreover, they share their insight on overcoming and transcending past their childhood traumas. This is a riveting documentary that perfectly accompanies Lifetime’s Girl In The Basement.

Actress Elisabeth Röhm is making her directorial debut with Lifetime’s Girl In The Basement. Recently, she went on New York Live TV to discuss this milestone. She shared that she is both “proud” and “excited” to share her first movie.

This movie is “inspired by several true events.” These are stories that deal with sexual assault, incest and false imprisonment. Röhm said that she “wanted to tell a story that wasn’t just a movie, but a movement.”

Are you ready to catch the premiere of Lifetime’s Girl In The Basement, on Saturday, February 27, at 8 p.m. Eastern. Pop some extra corn, because right after, the documentary, Beyond The Headlines: Surviving Child Abduction and Imprisonment will air at 10 p.m. Eastern. Both air on Lifetime.

Todd Chrisley Reveals His Vision Is Now A Reality
Was Tammy Slaton TRYING To Kill Herself In Deleted Instagram Post?!
‘Love Island USA’: What To Know About Casa Amor, Including Air Date
‘Y&R’ Spoilers: Sally Wants Revenge And Nick Newman?
Todd Chrisley Admits His Wife Julie Has Way More Class Than He Does