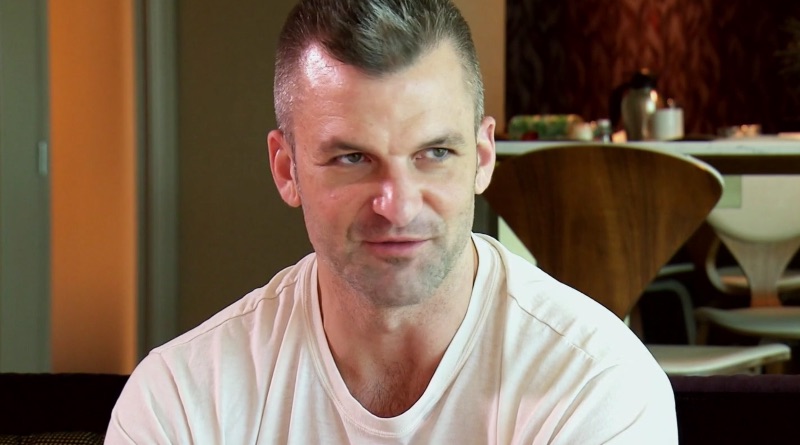 Married at First Sight spoilers show things hit the fan for Jacob Harder and Haley Harris. Can they turn things around with issues this early in their Lifetime marriage?

Early on in the Married at First Sight season, Jacob Harder was intimate with his new wife, Haley Harris. And while intimacy among couples is sometimes something that can bring people closer, that seems to be the opposite of what is currently happening between these two.

Jacob Harder said in previous Married at First Sight episodes that Haley Harris is hard to read when it comes to affection. In his mind, she keeps her cards “close to the chest.” Even after being intimate, Haley is more “reserved” in Jacob’s mind – and he has difficulty gauging her comfort level with all of that.

Married at First Sight spoilers show tension carries over into the next episode for this Lifetime pair. Haley seems to be a bit more closed off than Jacob would like. And based on the latest teaser clips for the upcoming episode, things escalate even more for the newly-married couple.

Jacob Harder isn’t sure how he is going to make things work with his new wife, Haley Harder. According to what he told the Married at First Sight experts, he doesn’t do well with people that are “high-strung.” It’s clear based on everything that went down between them so far that he views his wife this way.

Meanwhile, Haley Harris takes issue with this label from her new husband in Married at First Sight spoilers. With the way things go in spoilers, Jacob doesn’t seem too optimistic that he and his wife can make things work for the long haul. According to him, there is “actual reality” and “Haley’s bulls***.”

Can Jacob and Haley get past this? 🤔 A brand new episode of #MarriedAtFirstSight takes off tonight at 8/7c. pic.twitter.com/3KT7SFTS5g

Can This Married at First Sight Couple Work Through Their Differences?

The Married at First Sight couples just had their honeymoons in Las Vegas in the previous episode. There’s a lot of talk every season about coming back to reality once the honeymoons are over. Meanwhile, based on upcoming spoilers, reality hits hard for Haley Harris and her new hubby, Jacob.

Based on what Married at First Sight viewers have seen of them so far, Jacob and Haley have a lot of differences when it comes to their personalities – as well as the things they like. Certainly, they wouldn’t be the first couple to have some major differences early on. But whether or not they can work through some of these red flags early will definitely be something to see. Meanwhile, at least early on, things don’t look good for the Lifetime pair.