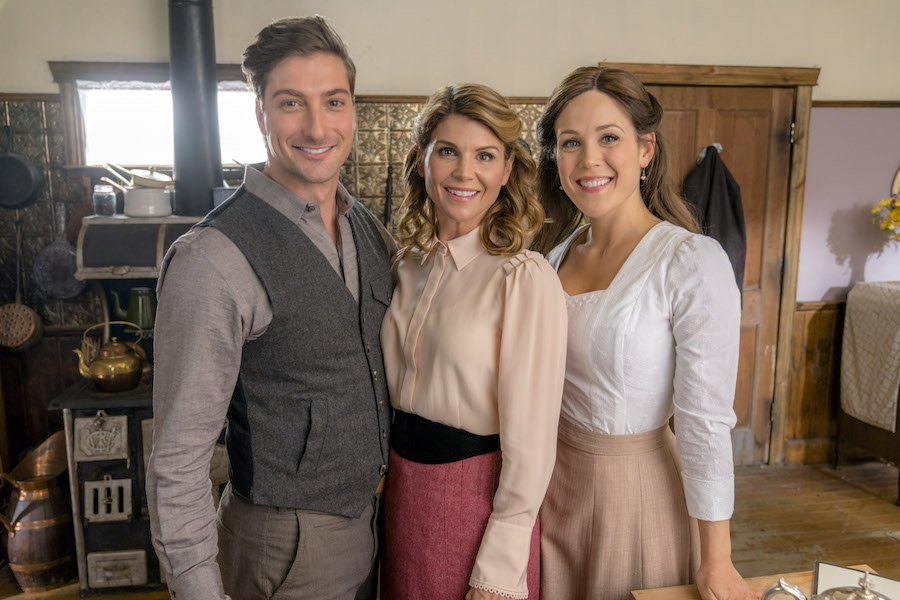 On Sunday, When Calls The Heart Season 8 premiered. One of the main focus of the past couple of seasons was the “love triangle.” This is between Elizabeth (Erin Krakow), Nathan (Kevin McGarry) and Lucas (Chris McNally), with Hearties picking who Elizabeth should choose.

Well, that is some Hearties are dividing between #TeamLucas and #TeamNathan. Many are just hoping that Daniel Lissing will return to the Hallmark show, and reprise his role as Jack Thornton. That is because so many fans are still #TeamJack.

It all makes sense. Jack Thornton was killed off-screen, and fans want him to miraculously return, in true soap fashion. But, Daniel Lissing is the one who chose to leave the top cable series.

Why did Daniel Lissing leave When Calls The Heart?

Daniel Lissing left When Calls The Heart after Season 5. Why did the Aussie-born actor leave Hallmark’s top series? Brian Bird, the co-creator of the series, explained that The Rookie Star had expressed a desire to leave the series. This was not a new request. He had asked to leave the show for two seasons.

In the big picture, Brian Bird has referred back to the type of place Hope Valley is. They do not hold people back. They let him leave the show, but they knew that no one but Daniel Lissing could play Jack Thornton. So, they killed him off the show, off-screen.

Moreover, Lissing never fully explained to Hearties why he had to leave. But, since leaving, he has shared that he felt the need to move on and try new things.

While the When Calls The Heart Season 6 production was underway, Daniel Lissing met someone who would change his life forever. He met his wife, Nadia, in Iceland. It was love at first sight for him. Moreover, she didn’t even know he was an actor until after a few dates.

The pair planned a huge destination in Bali in 2020. However, Covid changed that. Instead, the couple had a quiet, private wedding. Getting married was very important.

In addition, Daniel Lissing announced on Instagram that the couple both became American citizens in October 2020. This means they were able to vote in the 2020 Presidential election.

For those of you who love When Calls the heart .. here is the link for my Podcast with Daniel Lissing. It will be live tomorrow feb 23rd at 9am PDT. https://t.co/w77ofW5oQO please share… subscribe and review .. on Itunes. love ya #hearties Daniel Lissing pic.twitter.com/F0vUTE5t9H

What Is Daniel Lissing Doing Now?

Daniel Lissing will be back on an upcoming episode of The Rookie Season 3. On February 28, the actor will be reprising his role as Stirling Freeman, an actor hanging out with the officers, for a television role.

The episode of the ABC drama sounds very intense. Called “True Crime,” the synopsis says”The team gets the true crime docuseries treatment when they analyze a recent case featuring a former child actor whose adult life has garnered him a cult following.”

In addition, Lissing just cut his hair for a new Fox series that is filming in New Mexico.

Keep checking back with us for all the latest Daniel Lissing news!