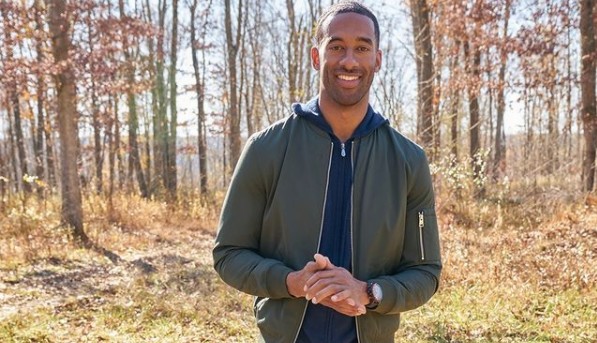 Season 25 of The Bachelor has been unlike any other. While many have been celebrating Matt James as the first Black male lead, there has been controversy. As most know by now one of his contestants and a front-runner has been accused of past racist actions. These accusations include bullying other girls in school for their preference to date Black men. And, most recently photos were released showing Rachael Kirkconnell attending an Old South Antebellum type ball. That photo led to the interview host Chris Harrison had with Rachel Lindsay. His world was turned upside down as he was also accused of being racist. While all this is going on, Matt still has a season to hopefully find love playing out on television. Keep in mind the season wrapped up filming in November 2020. Now, as the final four head into hometowns this week, new information is surfacing about Matt and his final rose winner. Warning! Spoilers ahead!

Matt James and his final winner

Those who have followed spoilers know that Reality Steve already dished out the winner of Matt James season long ago. And, many figured out based on Chris Harrison’s quick response to somewhat defend Rachael Kirkconnell that she won. Yes, Matt gives Rachael his final rose at the end of the season. So, what went down?

According to Steve, Matt and Rachael did not get engaged at the end of the show. He chose her over fan favorite Michelle Young. Then, all of the controversy surrounding Rachael surfaced. So, what is the status of their relationship now?

Reality Steve went to Twitter to dish on their status tonight following Matt’s statement regarding Rachael and Chris. Steve said, “(SPOILER): Not that Matt’s statement wasn’t pretty clear itself, but I can confirm that Matt and Rachael have broken up.”

Fans will never know if Rachael and Matt could have worked out if the controversy and accusations had not come to light.

(SPOILER): Not that Matt’s statement wasn’t pretty clear itself, but I can confirm that Matt and Rachael have broken up. https://t.co/tarvmmDQAb

What did Matt say?

Matt released a statement this evening regarding the racist accusations against Rachael and Chris. He made it clear how disappointed he remains in both of them. He expressed learning of all about the situations is devastating and heartbreaking. Matt said the past two weeks have been some of the most challenging he has ever faced.

Matt said he will continue processing the information. Fans will hear more from him on the topic when the season concludes.

In the meantime, it looks like Matt James is single once again.