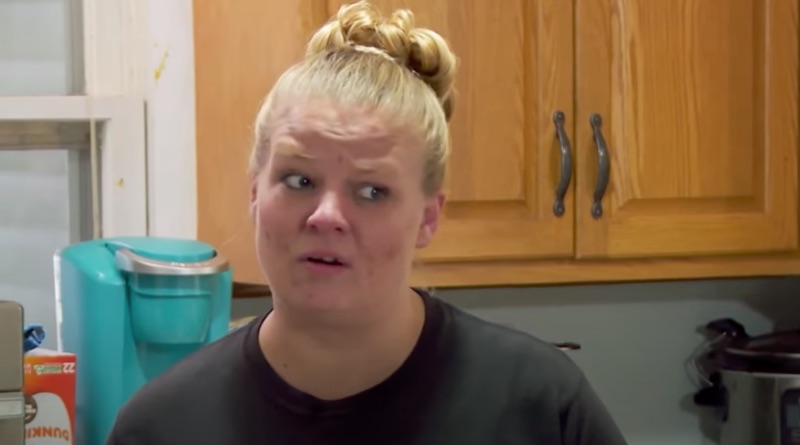 According to Terra Sprague’s latest claims, she didn’t get paid like Kristianna Roth said she would for appearing in Life After Lockup episodes. Meanwhile, she believes that money really “changes people”. And she alluded to the fact that that’s what happened to her sister since she started filming for WEtv.

In addition, Life After Lockup cast member Terra Sprague alleged that Kristianna Roth promised her that she would get paid for filming the WEtv spinoff. But according to her, that isn’t the case. Then, she turned around and said she received $100 a day for filming. Ultimately, this totals $500. Meanwhile, she claims Kristianna Roth and John Miller received “$2,000 a week each.”

Did Terra Save Their Storyline?

According to Terra, everything in this Life After Lockup storyline is real except her “fu***** around” with John Miller. And the way Terra sees it, if not for that storyline, things would have been “boring” with Kristianna behind bars for months. So Terra certainly seems to have a chip on her shoulder over the way everything went down.

The way Terra Sprague sees it, she is in more episodes than her sister. She claims Kristianna Roth “manipulated” her into doing things that she wasn’t comfortable doing. And when it was all said and done, she alleged that she screwed her over to boot. So it’s clear that there are a lot of hurt feelings from this situation.

Life After Lockup Couple Moving on with Their Lives

Based on the latest Life After Lockup episodes, watchers know that Kristianna Roth is back on the outside after serving time in jail. Meanwhile, it looks like John and Kristianna are progressing quickly in their relationship since she got out. Kristianna Roth said in the most recent episode that they’d get right down to baby-making. And it seems they didn’t waste any time.

The Life After Lockup couple were recently in Las Vegas. And it’s confirmed that Kristianna Roth carries John Miller’s child. So it looks like they are in a good place in their relationship currently.  Meanwhile, based on the latest alleged tea from Terra, that may have come at the cost of a relationship between the sisters. Either way, this is certainly a situation to watch. And it’s clear Terra isn’t happy about the way everything went down.