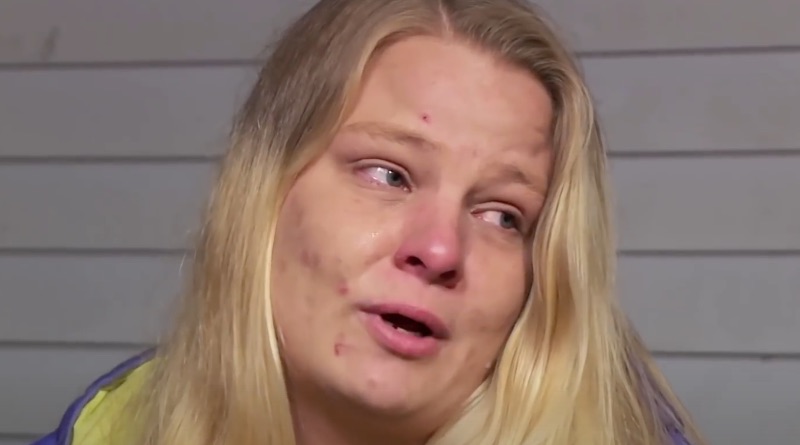 Life After Lockup cast member Terra Sprague (Kristianna Roth’s sister) recently clapped back at haters with everything unfolding on the WEtv spinoff season.

Life After Lockup: Terra Sprague Has an Eye for John Miller

Watchers met Terra Sprague on Kristianna Roth’s first season of Love After Lockup with John Miller. John moved Terra, Kristianna, and their mother into his house. And the plan was for all of them to live together. But things took a turn when Kristianna Roth escaped her halfway house and had to turn herself in.

Meanwhile, things heated up at home with Kristianna Roth back in jail. While living together, John Miller and Terra Sprague started flirting. And Life After Lockup teasers showed them getting cozy with one another. John Miller said on-camera that Terra took on a partner role with Kristianna away. Meanwhile, it looked like she wanted more from her sister’s husband.

With everything playing out in current Life After Lockup episodes, Terra Sprague recently clapped back at haters. And she had a lot to say. According to her, viewers can keep “talking crap” about her all they want. Kristianna Roth’s sister added that people talking about her doesn’t bother her “at all”.

Also, the Life After Lockup cast member added that the only thing that matters to her is her children and how they view her. Moreover, she said that outside of that circle, everyone else’s opinions about her are “irrelevant”. And according to her, there’s nowhere but “up” from here.

Life After Lockup Drama All for Show?

WEtv plays up the love triangle storyline with John Miller caught between Kristianna Roth and Terra. As Life After Lockup watchers know, the franchise makes a habit of putting love triangle storylines on the air. Meanwhile, with how this latest one plays out, many wonder if WEtv did this on purpose to add drama.

A lot of Life After Lockup watchers say the scenes between John Miller and Terra seem forced and unnatural. And it’s certainly possible that behavior between them was encouraged to fill in the gap before Kristianna Roth was back on the outside. Also, Terra recently said viewers want to “believe what they see on TV”. So it could be this was a strategic move by production to up the drama.

Turns out, John Miller was recently spotted with Kristianna Roth in Las Vegas. And on top of that, she carries his child. So it’s clear the husband and wife are currently in a good place in their relationship. Besides, it’s clear Terra wants to put distance between herself and how she comes across on camera.