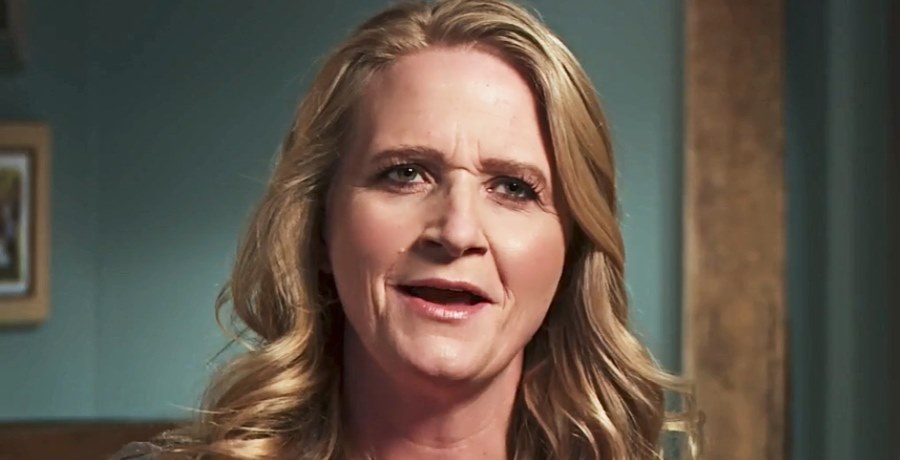 Christine Brown as well as several of her sister wives spend some of tonight’s episode trying to normalize their lifestyle. At one point in time, Christine Brown even insists it is perfect “normal” for two sisters to exist within the same family unit. For those who don’t necessarily understand or agree with the polygamy lifestyle… Well, this might’ve been a little hard to hear.

During tonight’s episode, the Brown family travels to visit with their friends. The Dargers. Fans are quickly clued in to the fact that two of the sister wives are actually blood related sisters. Both Christine and Janelle spend time talking to the cameras one-on-one about the relationship.

Christine Brown notes that it is perfectly “normal” for two sisters to marry the same husband. Janelle, on the other hand, says it is extremely common in their culture. She adds it can even be empowering to make this type of decision. Janelle explains that she would have been open to it as well. In their culture, if you realize your sister’s husband is a great father and husband… It makes sense that you would want to marry into the same family.

Some of the Sister Wives family share blood relations

According to InTouch Weekly, keeping it in the family isn’t all that uncommon. None of Kody’s wives are sisters. But, that doesn’t mean there aren’t blood relations within the Brown family that fans might not understand. Turns out, Kody and Christine Brown aren’t just husband and wife. They are also distance cousins. William Moore Allred and Orissa Angela Bates are on both their family trees.

The distance between them is so great that they never would have grown up having holiday meals together as children. But, some fans still think it is a little odd that Christine and Kody would get married being part of the same family tree.

Likewise, Kody and Janelle brought Maddie into the world. She married Caleb Brush. Caleb is technically the brother of Maddie’s aunt Erica Brush Brown. Erica is sister-in-law to Kody. So, Caleb and Maddie are not blood-related. But, the relationship is still a bit weird to some fans.

‘The Young and the Restless’ Spoilers, August 2-6: Phyllis Gets Everything She Needs
‘Thurston’ For Katie? Michael A. Posts, Deletes Flirty Comment On Her Sultry Photo
Clare Crawley Commemorates One Year With Dale Moss
Derek Hough Reflects On His Long History With ‘Dancing With The Stars’
Tammy Slaton Celebrates Birthday: How Old Is She, Anyway?