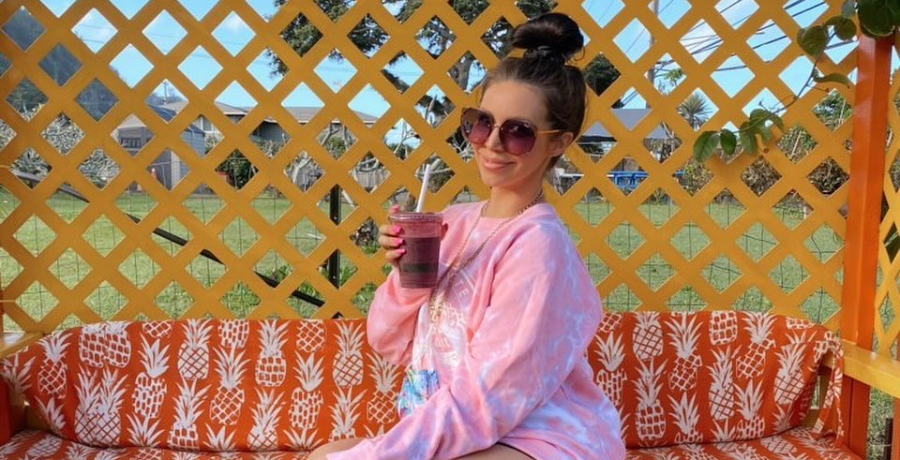 Scheana Shay is sharing an update with her fans. The Vanderpump Rules star is expecting her first child with boyfriend Brock Davies. This brought some much-needed happy news after a difficult year. In June 2020, Scheana announced on her podcast that she had a devastating miscarriage.

Since then, she’s been blessed with a rainbow baby. She’s also holding out hope for a happy and healthy pregnancy. Earlier this month, Scheana opened up about her health scare with her followers. The “Good as Gold” singer found out she had gestational diabetes after undergoing a three-hour glucose test.

Now, find out how the mom-to-be is doing.

On Saturday, February 20, Scheana posted two photos from her Hawaiian babymoon on her Facebook page. She had a photoshoot there. The reality star shared that she’s at “31 weeks today!” She also nicknamed her little girl “mini Scheana,” while adding that “before we know it I won’t be holding my belly and you’ll be here!” Scheana credited Gamaliel Tan and Denison Photography for taking the photos.

In the photos, Scheana wore a sheer lace gown over a white bikini top. She adorned her head with a Hawaiian flower crown. Her signature dark brown hair was wet and wavy. The proud mom cradled her stomach as she posed for the camera. Scheana received a lot of love in her Facebook post.

Most followers said she looked beautiful. One user wanted to know why Scheana wasn’t smiling in the photos. Overall, the comments were much nicer than they were on Instagram. The Boy Crazy founder has shared some of the frightening messages she received on the social media app. She even clapped back at haters who judged her for traveling to Hawaii during a pandemic. 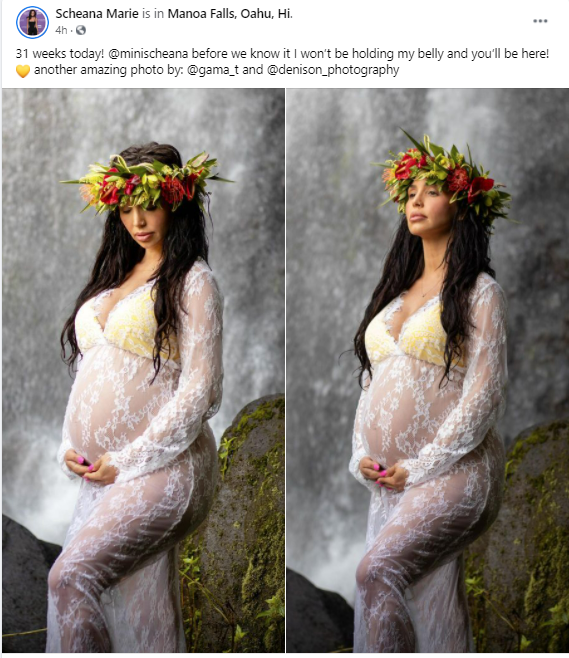 As she revealed in her Facebook post, she is currently at 31 weeks. Scheana is expected to give birth sometime in April 2021. She may give birth first, even before Brittany Cartwright. But Lala Kent could beat them all if she undergoes an early birth.

Pregnant reality star jets off to Hawaii with Aussie beau

On Friday, February 12, Scheana Shay and her boyfriend arrived at LAX airport. The couple waited for their flight to Honolulu. Daily Mail published the photos of the “One More Time” singer in a pastel tie-dye sweatsuit. Scheana paired her look with a black face mask and a black mini backpack.

Brock wore a white gauze shirt with white striped pants. He opted to wear two face masks for the trip. He also held their carry-on bags. Their trip comes just after Scheana received disturbing messages on Instagram. She shared the messages from trolls who threatened to kill her unborn child.

The Bravo star informed her followers that she blocked them. But she wanted to reveal what she goes through on social media. Hopefully, Scheana will feel more at peace. No new mom needs additional stress from outsiders, let alone complete strangers.