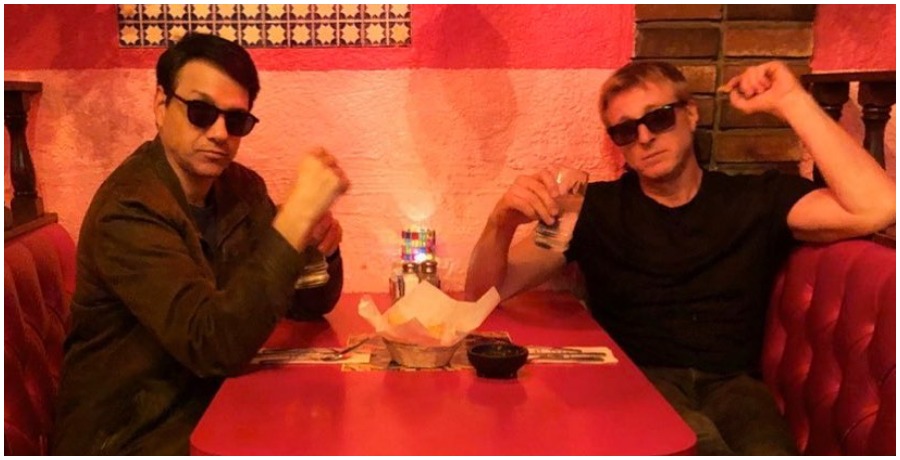 Cobra Kai fans have binge-watched all three seasons of The Karate Kid spin-off series, and now they’re ready for more. Sadly, Season 4 won’t be streaming anytime soon. However, spoilers suggest that viewers will be in for a wild ride once the series returns to Netflix.

According to actor Aedin Mincks, who plays Mitch in the series, it’s going to be fun to watch. Mincks recently opened up to Meaww about what’s in store for the Cobra Kai gang in Season 4, and it seems that fans won’t be disappointed. The actor touches on Johnny and Daniel combining their dojos. Of course, he hints that it will be worth the watch.

Cobra Kai Season 4 will be full of action

During Season 3, fans watched Johnny combine his dojo, Eagle Fang, with that of Daniel’s Miyagi-Do. The old enemies buried the hatchet in hopes of strengthening their students and defeating their common enemy, John Kreese. Working together is the only way that Johnny and Daniel can get rid of Kreese, and hopefully have Johnny regain control of Cobra Kai. Aedin says:

“Personally, in my opinion, I think the two dojos combined will be unstoppable. I think it will be like a yin and yang thing — they have different styles and that could work for the better of the entire group to learn from both of them.”

The upcoming episodes are likely to revolve around the dojos getting ready to compete in the All-Valley Tournament. However, it won’t be easy. Eagle Fang has star students Miguel and Hawk. Meanwhile, Miyagi-Do has Sam. However, Cobra Kai is still strong now that Robby has joined the group. Pairing him with the vicious Tory could prove to be a tough challenge for the kids.

As for Mitch, Aedin says that he’s happy that his friendships are back intact. “It’s nice that he’s finally buddies with Chris (Khalil Everage) again and they get to fight with each other instead of against each other. I feel like he had to experience the darker side to realize it’s not really for him,” Mincks says.

The actor weighs in on the heart of the show

“I feel like Cobra Kai did a great job giving us the lens that anyone can be the good guy and everyone has their own backstory that impacts their future in one way or another.”

While Mitch isn’t a main character, his storyline has resonated with many fans. He joined Cobra Kai to learn to defend himself and ended losing his best friend in the process. When he was eventually kicked out of the dojo, he found out what was really important to him, as life’s lessons are often hard ones.

In addition, Mincks also claims that if more people learned martial arts and began to defend themselves that it could be beneficial in reducing crime. “Maybe that would bring down the crime rates,” he suggests.

Fans can currently all three seasons of Cobra Kai, which are streaming on Netflix.

Wait, Does Anna Duggar STILL Think Josh Is Innocent?
‘Yellowstone’ Prequel ‘1883’ With Tim McGraw, Sam Elliott and Faith Hill Will Be Amazing, What We Know
Could Gleb Savchenko Get His Very Own Reality TV Series?
‘Bachelorette’ Katie Thurston’s New Post Has Fans Questioning Her Ending
OMG!! Did Meri Brown Admit Her Husband Kody ABUSED Her?!