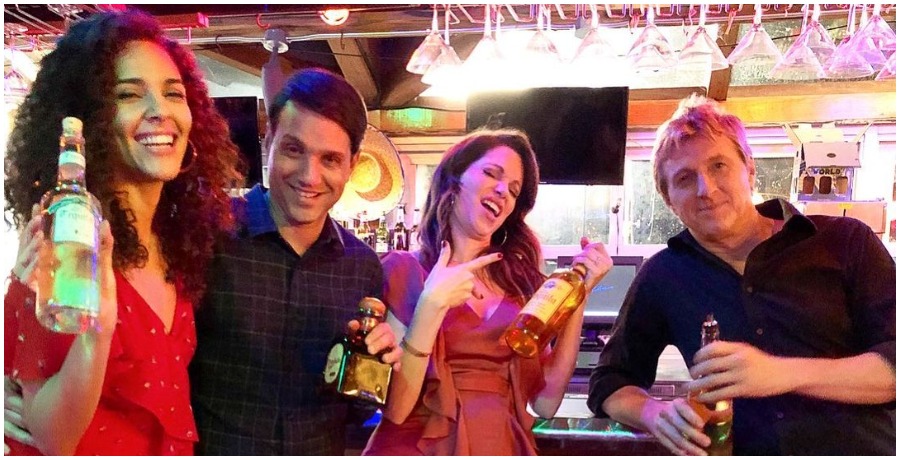 Cobra Kai fans are binge watching Season 3 and they’re ready for more. The Netflix series is confirmed through Season 4, and viewers want to know what’s in store for Johnny, Daniel, and the rest of the gang.

Cobra Kai Season 4 is already being teased by the streaming service. Following the Season 3 finale, viewers are excited to see where the story goes next.

During the most recent installment, Johnny was forced out of Cobra Kai by his former sensei, John Kreese. However, he didn’t want to call it quits, so he started a new dojo called Eagle Fang. Johnny and Miguel recruited some students and began classes.

Sadly, the war between Cobra Kai and Miyagi-Do continued to rage on. There were shocking fights and brutal injuries before culminating in an epic battle at the LaRusso home in the season finale. Following the fight, both Daniel and Johnny confronted John Kreese. The three men made a deal. If Eagle Fang or Miyagi-Do beat Cobra Kai at the All-Valley tournament then Kreese would back off.

This led to Daniel and Johnny forming a truce and combining their two dojos while both teaching classes. Meanwhile, Kreese called in his own helper in the form of his ex-war buddy, Terry Silver.

During Season 3, Elizabeth Shue’s former Karate Kid character, Ali Mills, also made an important appearance. It was her influence that pushed Daniel and Johnny to team up. Because of her cameo, fans believe that Hilary Swank’s The Next Karate Kid character, Julie Pierce, could also eventually show up to unite with Mr. Miyagi’s other pupil.

It’s surreal that S3 is finally coming out tomorrow. This pic was taken August 29, 2019, right before our shoot. It’s been quite a ride since. Grateful to be ringing in the New Year with you all tomorrow night on @Netflix. Here’s to some victories for all of us in 2021. #CobraKai pic.twitter.com/BKlwqmkdd4

According to Screen Rant, Cobra Kai Season 4 doesn’t have an official release date. However, executive producer Jon Hurwitz reveals that he believes it will begin airing one year from the Season 3 premiere. This means that fans likely won’t see the new episodes until January 2022. In addition, the Season 4 scripts are done and production is reportedly set to start in January 2021.

Will Season 4 be the last?

Fans are wondering if Season 4 could be the last for the series. It’s only been renewed for one more season, but the co-showrunner Josh Heald told TVLine that there are plans to continue the show for several more seasons.

Heald explains, “We have an endgame in our heads. We’ve had one for quite some time, and it’s not in Season 4. It’s well beyond that. In our minds, we have seasons’ worth of story that is necessary to tell before we get to that endgame. That will be a discussion going forward with our new partners at Netflix. Can we write to that endgame? Can we know that it’s coming? That’s not always the case with television and we respect that. For now, we’re continuing to write at the same speed and with the same path that we set out with from the beginning.”