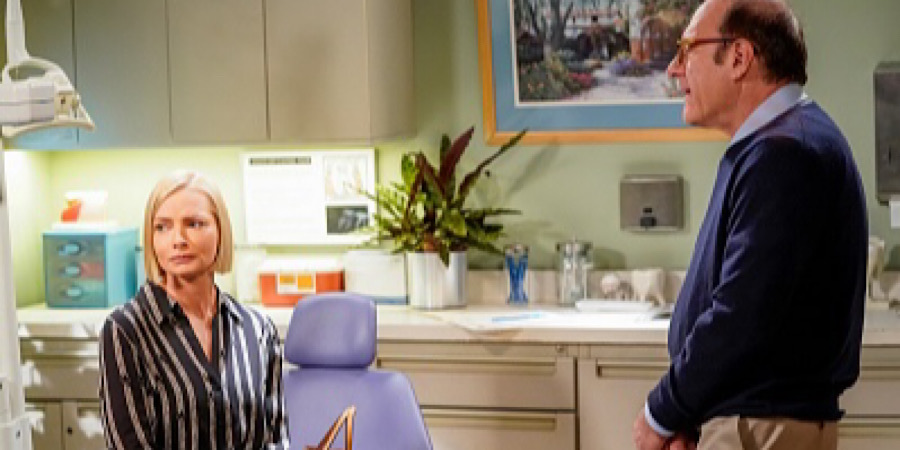 Last time on CBS Mom, Jill was desperate to see if she and Andy could ever reconcile. She learned his new partner on the force was a female. This drove her up a wall and soon, the ladies had joined her on a stakeout. Eventually, Andy found them and it was over. Jill was just too much for him and she broke down. Now, she must deal with news from her dentist when he retires. At the same time, Andy makes a big purchase without telling Bonnie. Oh no.

Bonnie is just trying to relax and watch bad reality television when she hears maintenance outside of her apartment. The men ask if she can ask the owner of the RV to move. She jumps excitedly at the thought of yelling at someone and runs to it. She soon discovers Adam inside. He borrowed it from a friend for a road trip but she is not having any of it. At the meeting, the ladies are all over Jill, ensuring she is okay after the break-up. She says she is fine after she cried for two days and got rid of the remnants of Andy. Now, she will go to her happy place: the dentist. Tammy comes in, all excited because she has been inside the RV and it is amazing. Bonnie lived in her car so there is no way she will spend a week in there.

Jill is at her dentist and is all decked in a blanket, face mask, and headphones. She loves the dentist and he says it was Andy’s loss she is single. He threatens to call Andy’s dentist and have his mouth messed up which makes her chuckle. Bonnie and Adam are on their road trip and he is so amazed by the things you can do in the RV like make popcorn and show. When Jill is fixing to leave the dentist, she notices a remodel and asks the receptionist what is going on. She learns he is retiring and spins out of control. He comes out and Jill confesses she puts him as her emergency contact everywhere. He says he and his wife want to travel and she asks if she can come.

In the wilderness, Adam and Bonnie are playing games and having fun. She is not hating the RV life until the police come knocking. They are not supposed to be parking where they are and she tells him Adam said it was okay. She is decked out in a bedsheet. They get a ticket and drive away. She is beaming on the drive and then Adam breaks the news to her that he bought the RV. She flips out and when they get home, Bonnie tells him he lives in the RV now. The dog looks at him and Adam asks who he wants to live with. Gus jumps out of the RV and runs into the apartment with Bonnie. At The Bistro, Jill is very sad about her dentist when Bonnie comes in about the RV.

The girls remind her he did not tell her when he bought the bar. She is still being stubborn and keeps him in the RV as they share Gus. Jill goes to see her dentist and tries to get him to make house calls. He tells her the new dentist will be just as amazing and that she was not high maintenance. She just knew what she wanted. Jill grabs him and hugs him. Bonnie wakes up to no water so she goes to Adam’s RV for the bathroom and some coffee. He lets her in and tells her he buys stuff without talking to her because it is easier. She agrees. Jill comes to visit and hates it but Bonnie loves saying she has two homes. All of a sudden, she accidentally knocks Jill’s tooth out and Jill gets so excited. Back to her dentist.

Next week on CBS’ Mom, Tammy tries to create boundaries with Marjorie. At the same time, big issues are uncovered when Bonnie tries to figure out what to do with the extra bedroom. You can catch Mom every Thursday at 9pm only on CBS.