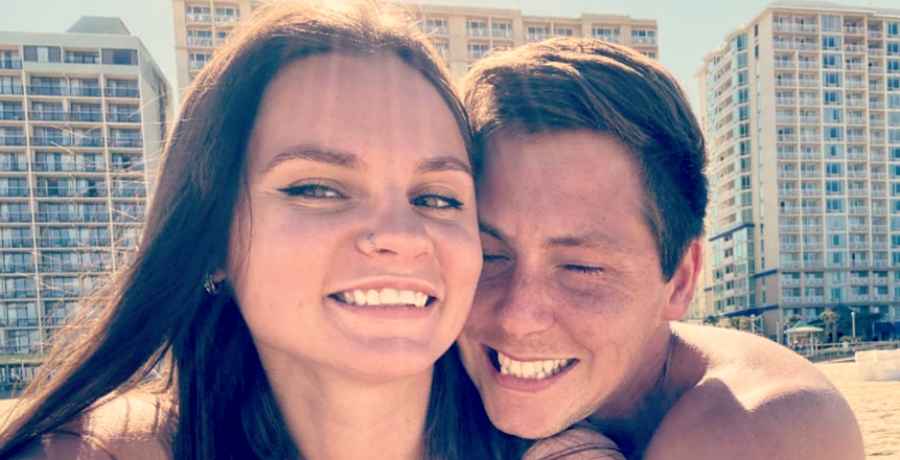 It hasn’t been easy for 90 Day Fiance star Julia Trubkina to adjust to her new life in America. However, she has revealed that she has great support from her “son.” However, she is referring to Simba, a dog who has become like a son to her. It seems he is making life easier for the Russian beauty.

Julia Trubkina, 27, was a dancer, enjoying the city life in Russia. However, she now has to adjust to life on Brandon Gibbs’ parents’ farm in America. The style of life is completely different from what she is used to. On top of this, Brandon’s parents’ strict rules and work on the farm are taking their toll.

Ron and Betty Gibbs made the pair sleep in separate bedrooms, which is difficult for a young couple in love. Recently, Julia told Brandon they must move out of his parents’ home or she would head back to Russia. After this, his parents relented on the separate bedroom story.

While life on the farm has been difficult, Julia has never bad-mouthed Brandon and the difficulties all came from his parents. However, Julia has found a source of support on the farm, in the form of one of the Gibbs’ German shepherd dogs. She recently revealed that the dog has become like a son to her.

Brandon and Julia both made sweet posts for Valentine’s Day. However, Julia also revealed another “man” close to her heart. On her Instagram this week, she posted images of a German shepherd dog, referring to him as her “son.” Julia asked her followers if they would like to know more about how she met the dog, which, of course, they did.

Trubkina wrote that a family wanted to buy a house, but was unable to. This meant that they couldn’t take their German shepherd dog, Simba. The next morning, Brandon’s dad woke them up. He told them he has a surprise because he knows how much she loves Lion King. From the moment she spotted Simba, he became a “mother’s boy.” The dog followed her everywhere, 24/7. She said no matter was she was doing, Simba was always with her.

Julia admitted that she is normally a cat lover, but she now can’t imagine herself without Simba. She posted a video of herself and Simba with her caption, which can be seen below.

Fans were overjoyed over Julia’s post about her loving dog. The TLC reality star has always expressed fear over many of the farm animals that she has to care for. They think it is great that she is getting on so well with her dog. The fact that Brandon’s parents gifted her the dog is also a good sign that their relationship is improving. One fan wrote, “Yayay I’m glad everything is going better at the farm.”

As 90 Day Fiance fans know, Brandon and Julia are not allowed to comment on the status of their relationship. However, while it has been a rocky road so far for Julia so far, it looks like the loving couple is still together. Also, as Julia is sharing videos of herself and Simba, she does indeed appear to still be in America.