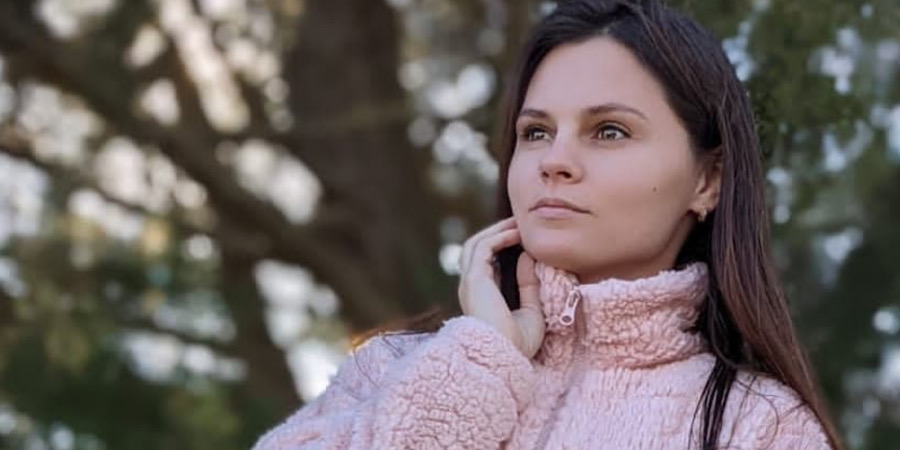 90 Day Fiance viewers met Julia Trubkina and Brandon Gibbs on Season 8 of the hit reality series. Though unsure of Julia’s initial motives, fans could not help but fall in love with her sweet demeanor and charm. Once she moved from Russia to Virginia, it was a tough adjustment. Fans were often giving Trubkina advice on how to adapt to her new life. Now, it appears she is the one doling out the advice.

Many of the shows relationships begin online or through social media. As for Julia and Brandon, it was a FaceTime call that changed their lives. She was working as a go-go dancer at a club where Brandon’s friend happened to be. When he saw her, he knew he had to have screen time with her. Says Brandon, “They video-chatted me, and I fell in love immediately. She was the most beautiful girl I had ever seen. I couldn’t stop thinking about her. And my first message to her was, ‘You look like my future wife.'”

The duo continued to chat over the phone several times before he decided to go overseas to meet Julia in person.

Because she was denied a visitor’s visa, the next step was for them to apply for a K-1. Though they had only been talking for five months and visited one time, Brandon knew this was it. He took her on a vacation and proposed. However, his lifestyle in America was and is quite different than hers in Russia. He works and lives on his family farm. In fact, his parents signed him up for a dating app for farmers, which he never went on. Julia was used to working in a club and a city atmosphere. She sought advice from social media on how to better sleep. Julia also was not used to working on a farm and viewers felt her future in-laws should lay off of her a bit. Now, the tables have turned and Julia is offering advice to her followers rather than receiving.

Julia has never claimed to be perfect or even come close to doing so. But, internet trolls have nothing better to do than criticize her. So, she took to social media to clap back. Rather, she gave them some advice about how to just chill. Accompanied by a photo of her and Brandon, she admits her flaws, like her poor English and a forehead wrinkle. But, the summation is for everyone to drink some wine and enjoy the 90 Day Fiance as it was intended. Fans responded by saying they are the reason they watch the show and she is “gorgeous, smart, funny, and very sweet!”

No comments were negative at all and it seems people support her just the way she is. She did point out it is her fellow Russians who criticize her most of all which is sad. We should be accepting of one another, especially when it is clear she is trying. What do you think of Brandon and Julia? Do you enjoy watching them? Let us know in the comments!