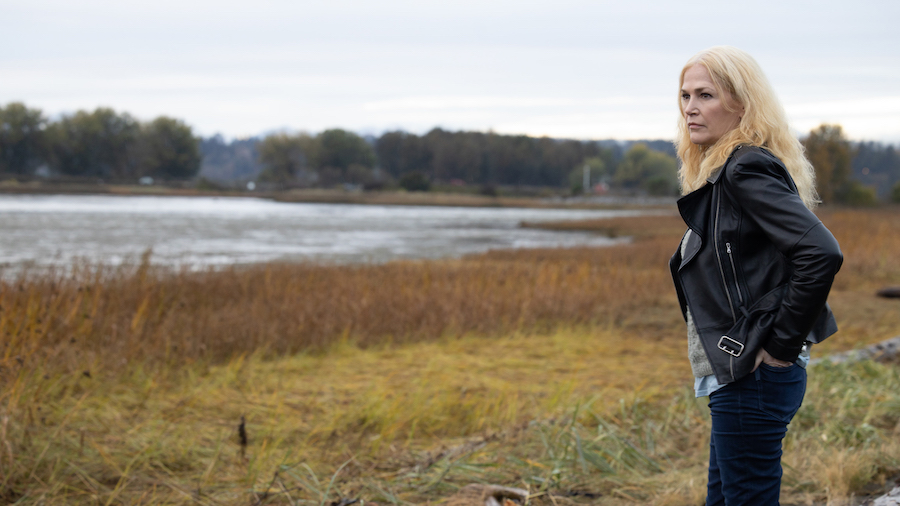 Are you ready for another Lifetime Ripped From The Headlines movie? Coming up is The Long Island Serial Killer: A Mother’s Hunt For Justice. This stars Kim Delaney (NYPD Blue), and Katharine Isabelle (The Order).

This is based on a true story. This is the story of a mother that refuses to give up on finding her daughter’s killer.

According to the Lifetime preview, The Long Island Serial Killer: A Mother’s Hunt for Justice tells the story of Mari Gilbert’s search for the truth behind what happened to her daughter Shannan, a sometime escort who disappeared after a Long Island “date.” After Shannan (Isabelle) fails to come home, her mother Mari (Delaney) knows something is wrong.

Firstly, Mari asks the police to take her concerns seriously. Moreover, she keeps pushing the police for answers. Above all, Mari’s insistence that her daughter not be overlooked eventually leads to a horror hidden on Long Island for more than a decade. Subsequently, they find 19 bodies of young women.

This includes Amber Costello, Megan Waterman and Maureen Brainard-Barnes. However, all four women had something in common. They were all online phone escorts. Most importantly, could there be a serial killer behind this?

The search for the killer continues. Moreover, Mari’s passionate about her dedication to giving her daughter and other forgotten women a voice. But, she keeps the case alive with hopes of a breakthrough.

Unfortunately, the police did not think that Mari’s daughter’s case was related to the other women found in the marsh. But, Mari’s determination helps her find the connection with all of the victims.

Moreover, you may recognize the names behind this Lifetime moving, including Emmy® Award winner Deborah Norville and Peabody Award-winner Elizabeth Stephen. In addition, John Pielmeier wrote this script.

This includes expert and law enforcement interviews. Moreover, these personal accounts focus on all of the efforts to solve the case. Of course, this is based on Mari Gilbert’s search to uncover the truth.

In addition, Deborah Norville, one of the executive producers, will share her own insights. She originally reported on this case for Inside Edition.

This is Lifetime’s 400th Original Movie

According to People, The Long Island Serial Killer is Lifetime’s 400th original movie.

Be sure to catch the premiere of The Long Island Serial Killer: A Mother’s Hunt For Justice. This is on Saturday, February 20, on Lifetime Television.