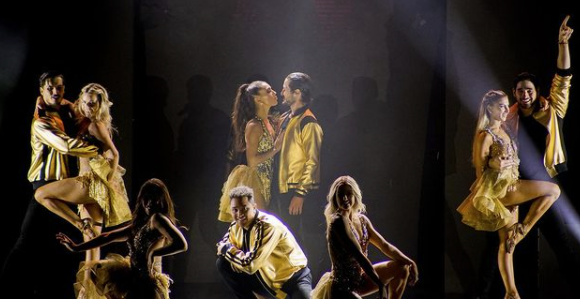 Everyone thought former White House Press Secretary Sean Spicer was an odd casting choice for Dancing With The Stars. However, many tuned in to watch him compete anyway. He never performed particularly well, and plenty of viewers thought he overstayed his welcome. But Spicer and his pro partner Lindsay Arnold finished in 6th place out of 12 competitors, despite what people said. As Dancing With The Stars preps for Season 30, fans debate whether or not the show could use more or less political figures. After all, they’re generally not the best dancers.

Who Could Dancing With The Stars Add For Season 30?

Kellyanne Conway is one name that has been tossed around for DWTS Season 30. If you aren’t familiar with her, she managed former President Trump’s presidential campaign. Her daughter, Claudia Conway, is very active on TikTok and makes it clear that she and her mother are not at all close.

OK! Magazine recently put out a piece speculating whether or not Conway will join Dancing With The Stars this year. According to an inside source, it’s still up in the air.

“The show is reaching out to potential stars right now,” the source said. “There will be the normal bunch of athletes, pop singers and reality stars. However, each season the show has always cast someone controversial to create buzz. Last season it was Carole Baskin from Tiger King, next season it could be Kellyanne Conway.”

However, the source did go on to say that not everyone on the DWTS casting team is really on board with the choice to cast someone like Kellyanne.

“Tyra and the other executives are split down the middle. Some think Kellyanne would be great; others think she is too divisive for a show that appeals to both Democrats and Republicans.”

Either way, Kellyanne Conway’s name definitely stirs up controversy. Claudia Conway frequently talks about her mom’s negative influence on her life. The former Trump campaign manager is also apparently under investigation after a very eyebrow-raising incident. Topless photos of underage Claudia somehow appeared on Kellyanne’s Twitter account. The tweet is no longer available, but the damage was already done. There’s still a lot of uncertainty surrounding how it happened in the first place.

Love her or hate her, many Dancing With The Stars fans would tune in just to see how Kellyanne Conway performs.

Prior to DWTS Season 29, we reported the show possibly asked Dr. Anthony Fauci to join the cast. That didn’t happen, likely due to the Coronavirus pandemic. But Dr. Fauci is another name that many fans would love to see compete.

Do you think political figures should have a shot at the Mirrorball Trophy? Or should Dancing With The Stars just stick to singers, actors, and other similar celebrities? Let us know what you think in the comments. Who would you like to see join the cast for Season 30? We want to know!