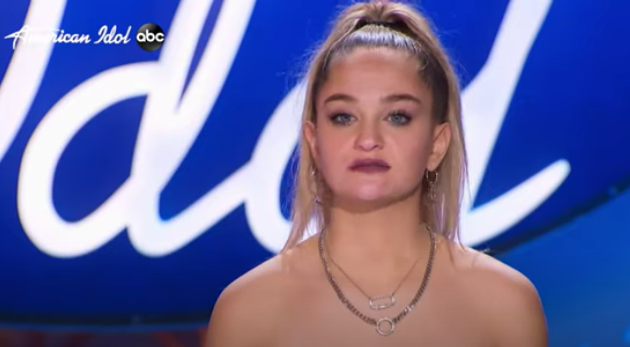 American Idol auditions are marked by the impressive, the horrible, and the surprising. The judges have to be ready for anything when contest hopefuls start singing. But some auditionees surprise the judges before they even have the chance to sing. Claudia Conway falls into the final category. Claudia is the daughter of Kellyanne Conway, Senior Counselor for former President Trump, and George Conway, an outspoken Trump critic. The sixteen-year-old has a large following on TikTok, and Katie recognized her immediately when she entered the room.

The other judges did not recognize Claudia, but Katy Perry asked Claudia, “Are you OK?” before she had the chance to say hello.

Who is Claudia Conway?

For those Idol fans that do not subscribe to TikTok, Claudia cultivated her following on the social media platform through expressing her political views. And on multiple occasions, she has feuded with her mother in TikTok videos over their differing views. When Katy asked her question, Claudia was very honest in her reply, saying, “No. But yes.”

Claudia explained, “It’s a lot, but I only want to spread love, and I love a compromise, and I do agree to disagree with my mom and my dad.” Katy questioned Claudia about her mother eluding to the drama that has evolved between the two during recent months. “With your mom being the figure that she is, does she still, like, hug you?” Katy asked.

She explains, “Yeah, she loves me and I love her. I just feel like our relationship, it’s a little iffy. Most of my life, my feeling were being suppressed, and then I got on social media and it was like, ‘Damn, now my voice is being heard!'”

Because of COVID-19 protocols on American Idol, only Claudia’s father was able to accompany her to the audition. But Kellyanne made a virtual appearance and gave her daughter some encouragement. She said, “This is your time to shine. Remember honey, winners are people who are willing to lose.”

Claudia started her audition singing Rihanna’s Love on the Brain, but her nerves got the better of her. Midway through the song, she lost her way in the song and Katy stopped her. Katy told Claudia to take a moment to calm her nerves and asked if she wanted to try another song. Claudia chose to sing Adele’s When We Were Young.

The second performance showed the Idol judges a more confident performance, but they were not exceptionally impressed. Katy told Claudia that she needed to clear her mind before she sings. She says, “There’s a lot of noise in your life, and you have to calm the storm that is around you. Meaning, before you sing, you need to get off your phone, you need to stop reading your comments, because you may not ever rise above your dad and your mom. It’s your choice.”

When it came time to vote, Luke Bryan said that though he liked her personally he felt her range was limited and voted no. Katy and Lionel, however, felt that Claudia would benefit from coaching, and both voted yes. And with those two votes, Claudia punched her ticket to Hollywood.