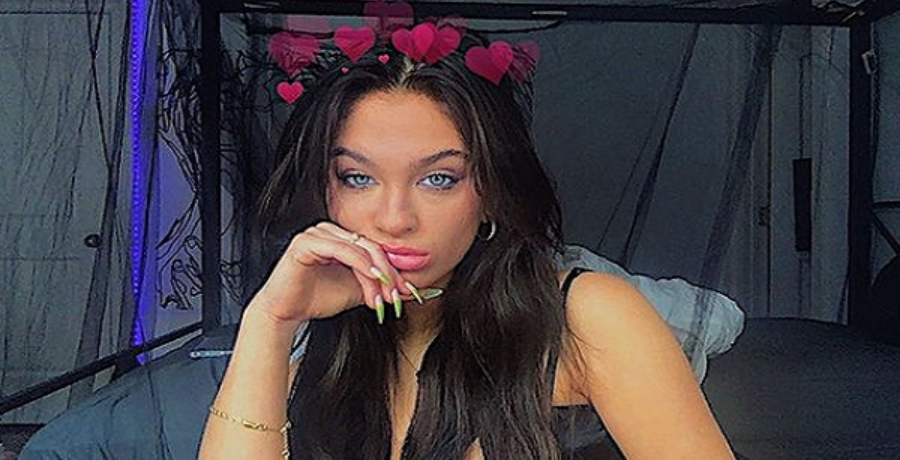 During last night’s broadcast of The Bachelor, a new ad for American Idol aired. The preview for the upcoming season confirmed that Claudia Conway will audition for the show. In addition, the show made the confirmation on Twitter. Within just minutes, Claudia’s name started to trend on Twitter in the U.S.

The 16-year-old is the daughter of Kellyanne Conway and George Conway. It appears that she’s making the move from TikTok to the Idol stage. She is set to audition on the latest season of the show, according to ABC’s promo on Monday night, February 8. Read on to learn more.

On Monday, February 8, American Idol confirmed Claudia Conway’s appearance. The official account tweeted: “You heard that right. @ClaudiaMConwayy is looking for a golden ticket. Find out Saturday if she has what it takes to be #TheNextIdol on #AmericanIdol.”

The show also included a 30-second teaser of Claudia’s audition. At the beginning of the clip, she says, “I’m very nervous but very excited.” The show’s host, Ryan Seacrest, says in the voiceover: “She’s a social media sensation… but will she get a ticket to Hollywood?”

Then, Claudia introduces herself to judges Katy Perry, Lionel Richie, and Luke Bryan. “I’m Claudia Conway. My parents are high profile political figures,” she says. Then, Katy gets serious and tells the teenage girl: “We want an American Idol.”

You heard that right. @claudiamconwayy is looking for a golden ticket 🤯🎤 Find out Sunday if she has what it takes to be #TheNextIdol on #AmericanIdol 🌟 pic.twitter.com/DyjZWk2w1r

Shortly after she started trending on Twitter, Claudia Conway posted a TikTok video explaining her audition on American Idol. She also revealed her lengthy musical background. The aspiring singer wanted to persuade those who think she’s just in it for the fame.

“I know I made a video in November saying I was auditioning, I did the audition and it will be on air this Sunday, February 14. I’ve been singing my whole life, I grew up in the musical theater. Music has been one of the pillars in my life and I wouldn’t be here without it,” Claudia explained. “I play about eight instruments. I’ve been doing it since I could walk.”

She revealed that the show reached out to her. ABC producers noticed a video of Claudia singing and asked her to audition. Of course, she said yes and the rest is history. She immediately quashed the rumors that her appearance is a “publicity stunt.” Claudia said that “music is my passion.”

Claudia previously made headlines in January for posting a series of videos on TikTok. She alleged that her mom hit her and yelled at her. She also revealed that Kellyanne was “physically, mentally, and emotionally abusive,” per Billboard. Claudia has been outspoken about her fights with her mother on the social media app.

‘When Calls The Heart’s’ Paul Greene To Become A Father Again
Todd Chrisley BLASTS Fans: How DARE They Question Savannah
‘Y&R Spoilers : Who Kidnapped Mariah Copeland And Where Is She?
Whitney Way Thore Tired, Exhausted, & Annoyed By It All
‘Sister Wives’: Did Meri Brown Get Drunk & Go Live On Instagram?