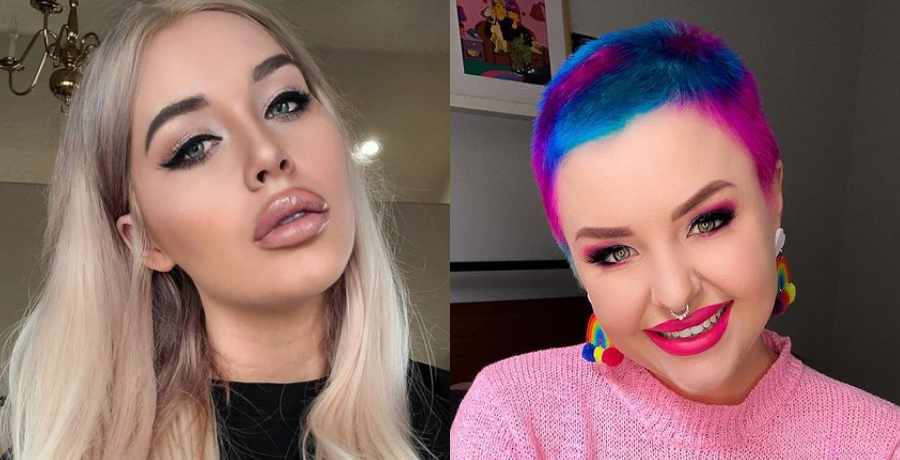 During their time together on 90 Day Fiance, Erika Owens and Deavan Clegg became friends. Since then, Erika has come to Deavan’s aid before. However, when someone posted hate on Clegg’s Instagram post, Erika once again came to the fore, slamming the hater.

Deavan Clegg and Erika Owens have both had their fair share of drama in their 90 Day Fiance relationships. In fact, because they have shared problems, this has strengthened their friendship. As Deavan continues with her ongoing legal battles and divorce, Erika has come to her aid on a number of occasions. However, while Erika shows her friend plenty of support, many fans of the TLC reality show are not so kind.

Deavan recently shared an image to her Instagram account, showing off her new platinum blond look to her fans. She wanted to try something new for the New Year.

Most fans complimented the mother of two on her new look, including Erika, who told her she looked great. They continued to have a sweet exchange over other color ideas. As fans know, Erika isn’t afraid to experiment with her own locks!

However, one follower made a particularly nasty comment on the post. They wrote, “If change is what you need, you could try to be a good human or mom or stop being [a] horrible person to Jihoon..those would be great changes.”

Erika quickly came to Deavan’s aid with a typical Erika response to put the follower in her place. She wrote, “Perhaps you could spend your time doing something more productive than sending hate to a stranger online defending a situation you have nothing to do with in real life… just an idea.”

As can be seen below, Elicia Clegg, Deavan’s mom was quick to respond to Erika’s comment using clapping hands and heart emojis.

However, as mentioned above, this isn’t the first time Erika has stood up for her friend. In 2020, when Drascilla’s father was revealed, she called out haters for “victim-blaming.” In her comment, Erika wrote that the victim-blaming in the comments was pretty disgusting. She wrote,  “There’s no excuse for bullying not even if someone ‘went on a show’… we’re still human beings and just because we are public figures to an extent it shouldn’t justify the hatred and bullying thrown our way by strangers. Sending so much love and support to @deavanclegg I love you girl xx.”

Another theme ran throughout the comments to Deavan’s Instagram post. This was the subject of her lips. Admittedly, they do seem to grow bigger with every IG post as Clegg experiments with fillers. Most people were kind in their comments to the post. One wrote, “Sweetheart you need to slow down on the lips.” Others told her to stop with the lip treatments.

One kind fan wrote that they love everything about Deavan, but added the “unsolicited opinion” that her lips were too “fleshy.” They continued, writing, “They look painful. Your lips were beautiful with just a little bit of filler.”