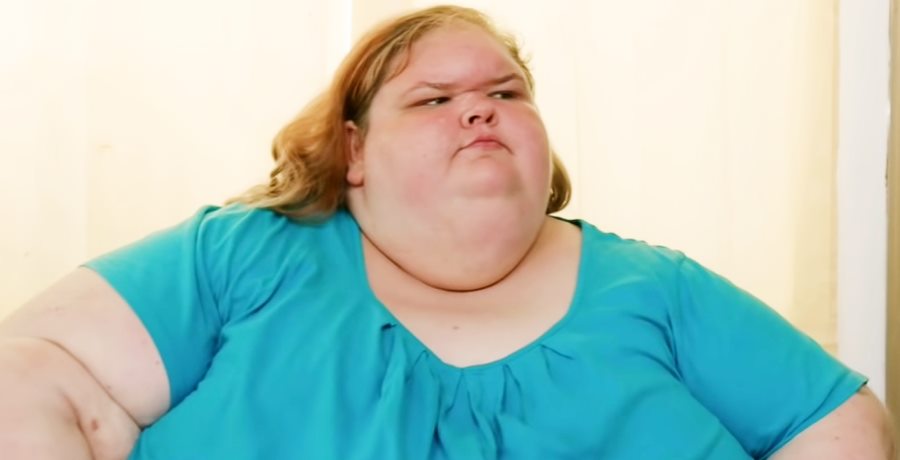 A lot has been going on in this season of 1,000-LB. Sisters. After only four months out of recovery from her weight-loss surgery, Amy Slaton discovers she is pregnant. While medical professionals may argue that this is a setback, Amy couldn’t be happier. Amy’s doctor, Dr. Proctor in particular recommends to her that she not get pregnant that two years after the surgery.

But how is the other half of 1,000-LB. Sisters, Tammy Slaton faring. Unfortunately, it seems that COVID quarantine causes Tammy to lose all of her weight-loss progress. She also seems to have a lot of drama going on in her romantic life.

Sadly, things don’t seem to be going as well for Tammy Slaton. At one point, fans follow along with her long-distance relationship with Jerry Sykes. However, in an episode airing about two weeks ago, Tammy reveals that she and Jerry broke up. This may come as a sigh of relief for many since they didn’t think that the two were good for each other. Mainly because Jerry is married. However, it seems that Tammy rationalizes their relationship because Jerry alleges his wife is “ill and could not give him what he needed at home.”

Seemingly not wasting any time, Tammy starts showing off her girlfriend Kane. However, a reverse image search of Kane reveals that she is a famous model named Hannah Kleit. And it doesn’t come as a surprise to the loyal fan base of the Slaton sisters that Tammy is interested in women.  However, things may already be over between Tammy and Kane. Tammy recently shares a photo asking for a Valentine.

Half of the 1000-LB. Sisters Make a Shocking Announcement in Recent Trailer

TMZ recently reports that Tammy Slaton came out as pansexual. This realization comes after producers release a trailer for an upcoming episode. While speaking to Jerry, Tammy says, “It means love is love. I would date anybody, whether they’re transgender, straight, gay.”

According to Tammy she “always thought she was bi-sexual.” However, while speaking with a friend, she found out the definition of pansexual.” In her own words, she shares what it means to her to be pansexual. “It means you love everybody, not just the same sex. And I was like, ‘Well, I guess I am too,’ because I wouldn’t mind being with someone who’s transgender, or whatever.”

1000-LB. Sisters have a loyal fan base. And they aren’t the only ones that have her back. Her ex-boyfriend takes the news of her sexuality very well. Tammy is happy to hear that Jerry still loves her. “I’m happy because he took it well,” shares Tammy. However, that isn’t the only reason why Tammy is happy. “Acceptance of people’s sexuality is important to me.”

Are you surprised by Tammy Slaton coming out as pansexual? Let us know in the comment section below. Make sure to come back to TV Shows Ace for more news about your favorite TLC stars.

‘Love Island USA’: What To Know About Casa Amor, Including Air Date
‘Days Of Our Lives’ EXCITING Comings & Goings: Johnny DiMera All Grown Up – Rex Brady Back
‘LPBW’: Zach & Tori Roloff Celebrate Anniversary Without Their Children
‘RHONY’: Will Leah McSweeney Backlash Bring Back Dorinda Medley?!
Todd Chrisley Reaching Out To His Hurt Child, Which One?