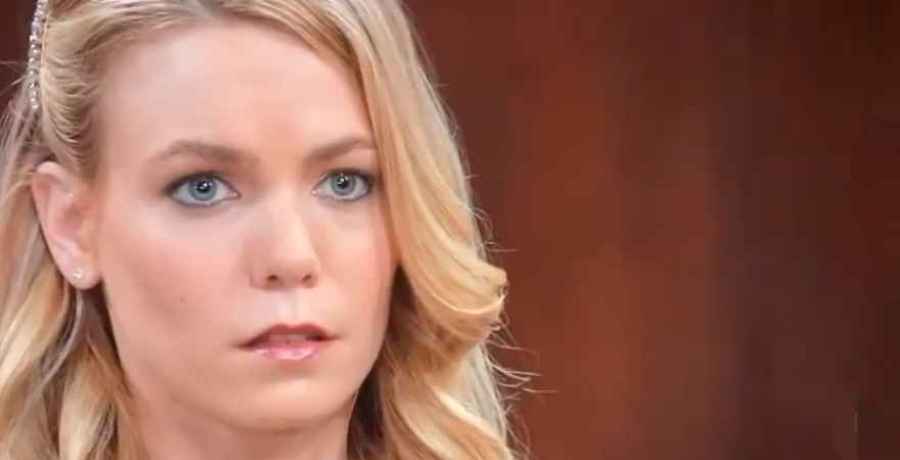 In the latest spoilers for General Hospital, it seems Nelle might have died. However, is this the end for the soap’s character? It seems like it might not be after all. Currently, Nelle’s fate is unknown, but this doesn’t mean she isn’t returning to the ABC soap.

Will Nelle return on General Hospital?

Is Nelle coming back from the dead? This is a possibility now that Nina knows about her biological daughter. Meanwhile, Chris Van Etten and Dan O’Connor, the co-head writers for General Hospital, have opened up about what could happen.

In a recent interview, O’Connor admits that the truth of Nelle being Nina’s daughter has always been a part of the character development. The story has evolved over the last few years and he says Nelle has definitely drawn an audience. However, he said they are not yet sure if Nelle could return in flesh and blood. However, there are some questions surrounding that.

The one major question relating to Nelle’s return is why did the writers even give her the Frank Benson and the kidney drama backstory? This doesn’t fit right. It doesn’t sound right that selfish Benson would want to adopt a child with his wife. Due to this, General Hospital writers have been hard at work trying to stretch the storyline.

Was Nelle meant to be Nina’s daughter all along?

Looking back, fans will remember Nina and Willow’s feud when Willow was Charlotte’s teacher. It looked as though it should have been Nina. However, something changed in the background, leaving Nelle to being Nina’s child.

There were a number of moments between Nina and Nelle when she was working as Charlotte’s nanny. Nina was quite motherly to Nelle at the time. This could lead viewers to believe that Nelle really is Nina’s daughter. It turns out that idea was thrown around in the General Hospital writers’ room.

Despite this, it is difficult to believe that the plan was to make Nelle Nina’s daughter was a plan all along. For instance, why would the writers wait so long to introduce them as such. It looks like the writers decided on the storyline after realizing it would be very dramatic indeed. However, according to General Hospital spoilers, Nina will be on a rampage to get justice for Nelle. She will likely try to keep Wiley with her over the coming weeks.

So, will Nelle return?

Both Van Etten and O’Connor have spoken about Chloe Lanier’s work, almost as if she was still on the soap. This could be a hint that her role isn’t over yet and she will be returning soon.

Van Etten did admit that it is a lot of fun to have a performer like Chloe playing the role of Nelle. Especially when she is spreading all the poison she can. Mind you, Nelle has the ability to turn on the tears and gain fans among viewers.

As the writers claim that Nelle was always meant to be Nina’s daughter, it does look like they might bring Chloe back. As noted by TV Season and Spoilers, this would ensure that her story doesn’t seem incomplete. Admittedly, Nina does deserve to be able to “save” Nelle, or at least try to, at least once.