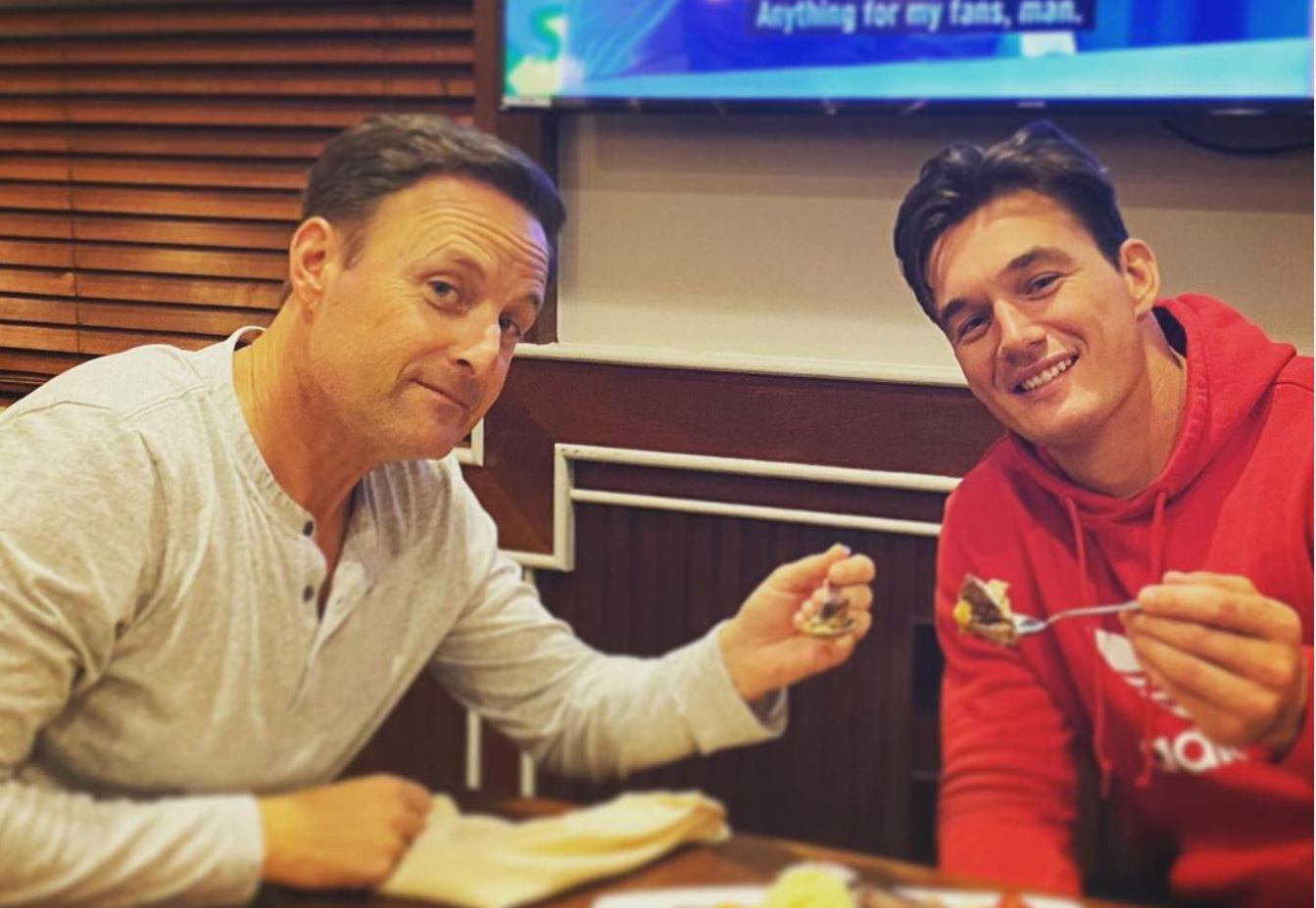 The fans of The Bachelor and The Bachelorette are shocked today by the news coming out from Chris Harrison. There has been a lot of drama lately over racism and Chris was right in the middle of it. He has actually decided to step down from his position as the host of the show. This is not something a lot of fans are going to be happy about and others think it was the right thing. Right now, nobody even knows if he will return.

The news is here about Chris Harrison stepping down. Chris is being honest about his thoughts and didn’t hold back. In a statement on Saturday, he shared what is going on.  Chris said that he is “ashamed over how uniformed I was” during an interview he had with Rachel Lindsay this week. Chris went on to say even more. He revealed, “I have no one to blame but myself for what I said and the way I spoke.” He went on to say that he will be “stepping aside for a period of time.” Chris Harrison made it clear that he won’t be helping out and hosting After the Final Rose this season. So far, they haven’t shared who will take over that spot. Rachel Lindsay made it pretty clear that she is done with the franchise.

Chris Harrison did explain that he wants to become more educated on the topic.

Chris Harrison made an original statement about it two days ago. You can see it below. 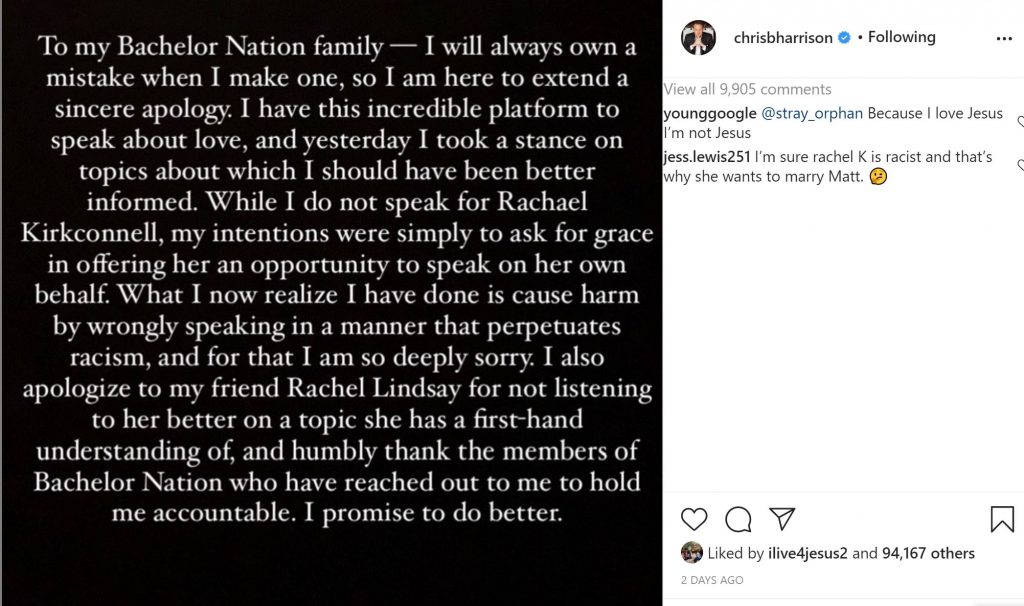 It turns out that Chris Harrison didn’t think that was good enough considering what went down today. In last week’s interview with Rachel Lindsay, he said, “We all need to have a little grace, a little understanding, a little compassion. I’ve seen some stuff online, again this ‘judge jury executioner’ thing where people are just tearing this girl’s life apart and diving into her parents and her parents’ voting record,” he told Lindsay. “It’s unbelievably alarming to watch this.”

The fans of The Bachelor are speaking out about Chris Harrison on the original posts he made on his Instagram. Here is some of what they had to say in response.

Don’t miss watching The Bachelor with Matt James on Monday nights on ABC. All of this was already filmed, so you can assume Chris Harrison will still be there. He did say he won’t be showing up at After the Final Rose, though.

2 Other ‘RHOBH’ Stars Are Dealing With Their Own Legal Drama
Rachael Kirkconnell, Matt James Spend Cute Weekend Together
Jeremy Vuolo Dotes On ‘Little Princess’ Felicity In Sweet Birthday Tribute
Fans Worry ‘Bringing Up Bates’ Will Be Canceled Like ‘Counting On’
Jessa Seewald Might Be In Labor With Baby Number Four: See Photos