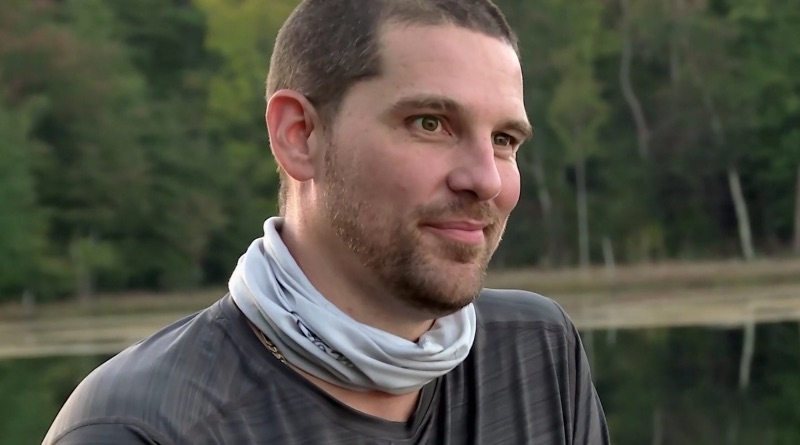 Life After Lockup spoilers show John Slater getting into it with Lacey’s dad. Do the men throw hands in the upcoming WEtv episode?

This season on Life After Lockup, John Slater tries to put his life back together after coming out of his latest prison stint. And even though everyone around him tells him to put everything with Lacey Whitlow behind him, there are things he isn’t ready to let go of just yet.

John Slater said previously on Life After Lockup that Lacey Whitlow called the cops on him after they got into a fight. And in his mind, she is the reason he was most recently behind bars. Meanwhile, now that he is back on the outside, he wants to know for sure what went down that night. And in the meantime, he still tries to get in contact with his ex.

John Reeling from the Latest News

In previous Life After Lockup episodes, John Slater found out from a mutual friend that Lacey Whitlow carries Shane’s baby. And the news was shocking for the former convict. What made it worse was that he had to hear the news from a secondary source. And judging by his reaction, the news devastated him.

Lacey Whitlow’s love triangle storyline with Shane Whitlow and John Slater has been the focus from the very beginning. And it’s certainly something that keeps viewers tuning in. Meanwhile, based on current episodes, many viewers wonder when John will officially move on for good.

WE will never be the same without you. 💔 Tune in to #LifeAfterLockup TONIGHT at 9/8c! pic.twitter.com/ZlkePDqUEN

Life After Lockup Drama Ahead with Lacey Whitlow’s Dad

Meanwhile, based on the latest Life After Lockup spoilers, John Slater isn’t done with the whole Lacey situation just yet. And adding even more drama, he gets into it with her dad, too. Viewers know both men got into it before. And Lacey’s pops isn’t afraid to get in the mix with the former felon.

Life After Lockup spoiler clips show both men in a heated verbal exchange. At one point in teasers, John Slater says he will “punch the sh**” out of Lacey’s father if he doesn’t leave. And not one to back down, Lacey’s dad tells the former inmate to “bring it on”. He even says they can have a “beatdown” right then and there.

Life After Lockup has a long history of hyping confrontations. But a lot of the time, they fail to deliver the goods. In the past, viewers looked forward to a physical fight between John and Shane – but nothing major went down. So it’ll be interesting to see if the script stays the same with this situation too. Either way, it’s worth tuning in to see how things go down.