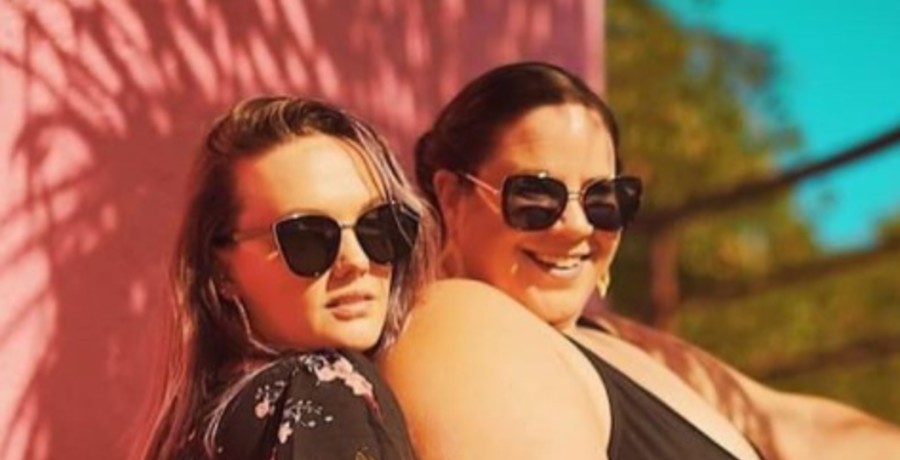 YouTuber, Backwoods Barbi, recaps My Big Fat Fabulous Life. She always has a lot to say about Whitney Way Thore and company. First, she wanted to know if TLC could replace the new host with her. She said there will be a recap show next week where everyone gets together to virtually discuss things.

She started off talking about the adventure in hiking they had. Then, she went on to discuss why Whitney got angry with Ryan Andreas later on in the episode. There was a lot covered and a lot revealed. First, she said Whitney always pushes herself until she’s uncomfortable. She said that leads to her also inconveniencing other people. Barbi said, “she’s always requiring assistance from everyone when she pushes herself.”

After the hike, they all go to dinner and Ryan waits until Whitney goes to the bathroom. He says, “she’s doing good.” Ashley and Buddy want to know what he means. He said, “she knows Chase had his baby early right?” Ashley tells him she doesn’t.  Ashley said to wait until they leave dinner to tell her, but Buddy tells her right away that her ex-fiancé’s baby was born.”

Whitney Way Thore hears that the baby was born and runs, “into the monsoon to cry for hours.” She then went off on Ryan for not telling her. Barbi said, “Ryan claimed his dog was sick or something.” Whitney commented on the comment and then obsessed if he liked her comment.

Chase called Whitney the next day and facetimed with the baby. Barbi thought that was a big coincidence. “She probably went and called him to say call me. The cameras are here.” Whitney broke down after she talked to him and his new baby. Barbi spoke in the past about how the breakup was serious. Watching them navigate through it was rough on fans. Chase met up with Whitney after getting his ex pregnant and their breakup. He apologized to her which is why she’s facetiming him with his baby.

Fans on Twitter were not happy with Buddy Bell for spilling the news the way he did. One said, “Buddy knew exactly how Whitney would react! That’s why he blurted it out like he did.” They went on to say that Buddy is jealous of Ryan. Fans did send their support to Ryan and understood why he didn’t want to bring it up.

Is She Still Following Ryan On Social Media?

The YouTube host said she went to see if she was still following Ryan. She said she’s not, but she is still following Chase. Barbi also said she knows Whitney is working with Jessica instead of Ryan for No BS Active. Ryan is posting, “see me on TLC,” but not promoting the show.

Barbi thinks the show could go back to its roots when it was just Whitney and her friends. She doesn’t care for the outdoor adventures and the drama.  How did you feel about this season of My Big Fat Fabulous Life?

YIKES! Ivy Seewald In Least Likely Place Guzzling Out Of A Jug
Todd Chrisley Gone Too Far? Fan Asks Who Died & Made Him Righteous
WOW!! Zoey Klein Shows Off Impressive Water Skills
Wait, Is ‘Storage Wars’ Season 13 Over Already?!
Duggar Kids Preparing For End Of ‘Counting On?’ Looks That Way