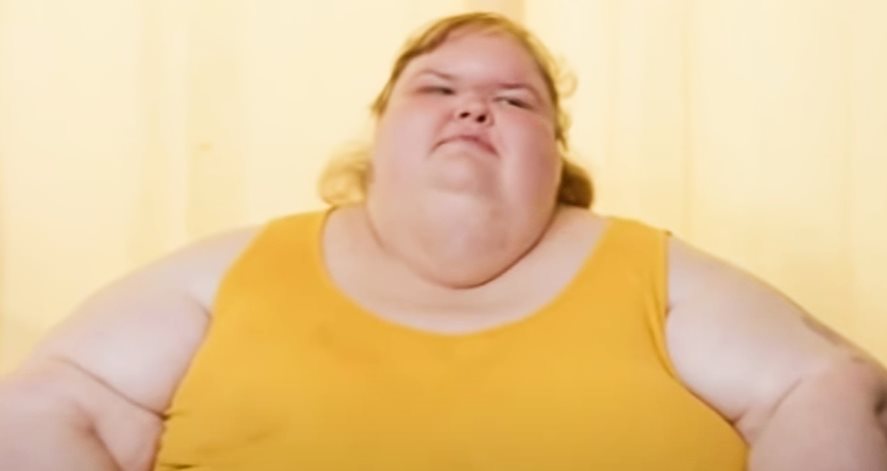 Tammy Slaton has been teasing of a big secret for a few episodes now. Frustrated viewers are ready for the TLC personality to spill the beans on what she’s hiding. That being said, fans of 1000-Lb. Sisters have found a way to keep themselves entertained with some pretty wild theories. Are we any closer to learning what Tammy Slaton is hiding? Turns out, many fans believe the Slaton sister may have recently spilled the beans on her big secret.

Did Tammy Slaton spill the beans on her big secret?

In case you didn’t know this, Tammy Slaton has a TikTok account. She’s actually fairly active on the platform. She uploads several videos a week. She does a combination of different types of videos. Some are promoting or giving shout outs to her followers. Some are duets. And, some are just her having fun to various songs with different filters.

Tammy Slaton is also very chatty in the comments of her TikToks. And, this is where she often spills the beans on various things about herself and the show. In fact, 1000-Lb. Sisters fans believe she recently revealed her big secret she’s been teasing for a few weeks. What is it that Tammy Slaton said in the comments that has fans thinking they know her big secret now?

Well, in the comments of one recent TikTok video, one follower asked if her big secret was that she is bisexual. Tammy Slaton didn’t say much in response. But, she did manage to give a very simple response that had a very strong answer. She winked. Suggesting her big secret was, in fact, that she was bisexual. Interested in dating both men and women.

This lines up with fans thinking she has a girlfriend

This lines up with the recent chatter that Tammy Slaton ditched Jerry for a girlfriend named Kane. There were screenshots making rounds on Facebook with Tammy sharing a photo of a cute girl. A cute girl she claimed to be her girlfriend. She labeled the relationship as new. Was her sexuality the big secret she needed to share with Jerry? Fans and followers on TikTok seemed to think this makes sense. 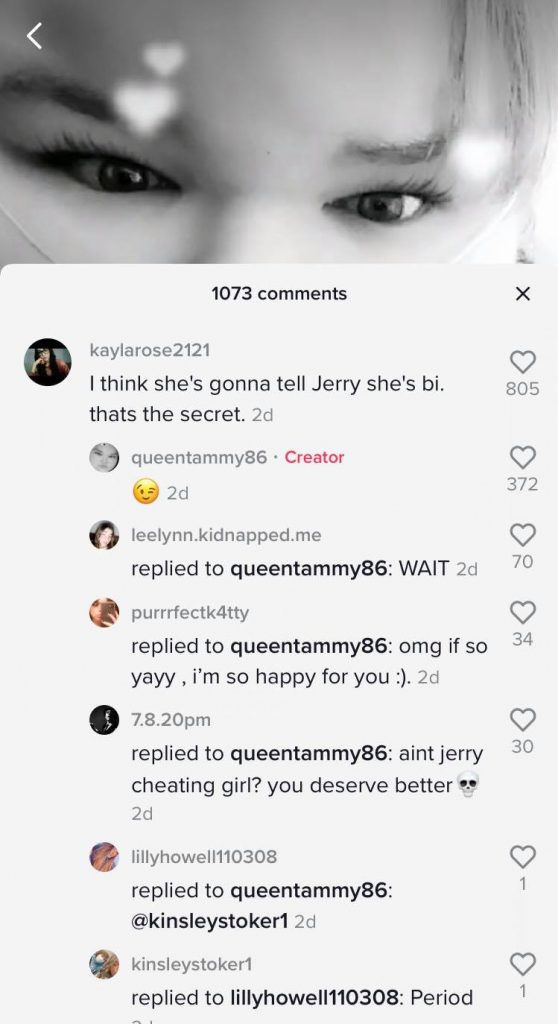 Some fans also wonder if the secret goes a little deeper. Was Tammy Slaton actively talking to other potential love interests the same time she was with Jerry?

Many don’t believe she has a girlfriend

Now, Tammy Slaton caught a lot of heat for the girlfriend reveal. Not because fans have an issue with her being bisexual. But, because fans didn’t think the girlfriend was real. Moreover, fans found the girl in the photo. And, her name isn’t Kane. So, Tammy is either being catfished. Or, Tammy faked the girlfriend for attention. Either way, fans are pretty sure there isn’t a girlfriend.

Still, most fans just want Tammy Slaton to be happy. And, if her big secret is that she’s interested in men and women… More power to her! Most fans, however, want her to focus on losing weight before worrying about finding a significant other.

Stick with us at TvShowsAce for the latest on the Slaton sisters of 1000-Lb. Sisters.