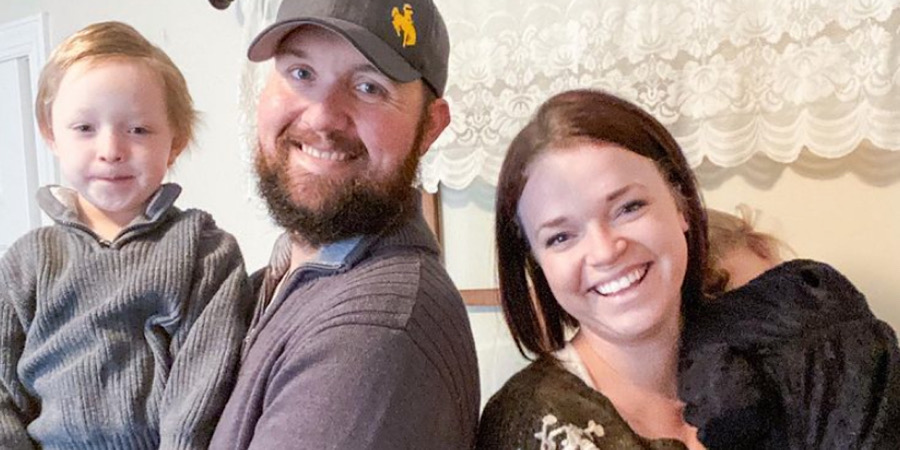 Maddie Brush is the first of the Sister Wives children to wed. She was also the first to give birth. Lately, she has been even more candid about the struggle to keep her life balanced as the mother of two. Today, the 25-year-old opened up about son, Axel and her struggle to help him thrive.

Being in a big family can have its upsides and its downsides. Viewers watched as the initial thirteen Brown children struggled to find their place in the polygamist family. Kody, along with wives Meri, Janelle, and Christine, lived a unique and somewhat taboo life in Utah. It got even more interesting when Kody began courting Robyn around 2010 and the single mother brought along three children of her own. Eventually, the two wed and they became a family of sixteen kids and four moms, swiftly moving to Las Vegas. Maddie still struggled to find her identity, constantly changing her look, not sure what she wanted to do with her life.

Eventually, she met Caleb Brush, whom she married in 2016 at the age of twenty. It allowed her to be the first daughter to have the wedding and feel that special moment. The following year, she made her parents, Kody and Janelle, grandparents for the first time. Essentially, all four wives became grandmothers and it was a very special gift. Following Axel, daughter Evie was born two years later. But, she was very special in her own right as she had some special physical needs that needed to be addressed.

Evie was born oligodactyly, meaning she has less than ten fingers and/or toes. Last year, Caleb and Maddie opted to have one foot amputated. Surgery was also performed on her hand to remove webbing and make it easier for her to function. Evie was given a prosthetic for her foot and progress was featured on Maddie’s Instagram. Followers are amazed with her resilience. But Maddie has also been working closely with Axel, as well. As she revealed today, her son has Apraxia of the speech. Apraxia or CAS makes it difficult for a child to speak. Learning sounds and words are much harder, taking a lot of work, according to ASHA. The messages sent from the brain to the mouth do not always go through the way they are intended.

They have been working with a speech therapist and it has helped tremendously. However, there are still bad days and it can be hard on Maddie. She sometimes has to take a step back and reflect on where she was and how far they have come. The family is still in North Carolina, while her parents are in Flagstaff, Arizona. Her older siblings are sprawled across the US but hopefully, viewers can see more of the Brush family soon.

Sister Wives returns Sunday, February 14 at 10 pm only on discovery+.