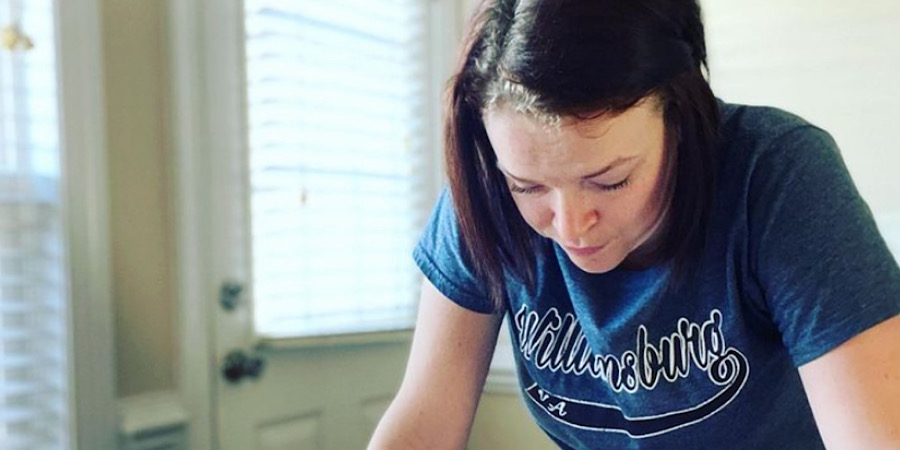 It’s hard to be one mom when you were raised by three of them. That’s what Sister Wives Maddie Brush has learned since becoming a mother of two. The daughter of Kody and Janelle Brown has not had it easy. Youngest child, daughter Evie, was born with FATCO syndrome. And with her family all the way in Flagstaff and the Brush’s settled in North Carolina, life has been challenging. Now, Maddie is finally getting personal about the realities of trying to do it all.

From Sister Wives to Wife

When viewers first met Madison Rose “Maddie” in 2010, she was just fifteen-years-old. With short black hair, she was the fourth child of the polygamist Brown family. She was the second child for Kody and his second wife, Janelle. There was talk of her maybe going to cosmetology school but one thing was certain- she did not want to be a polygamist. Maddie was raised in a polygamist family with three mothers, Janelle, Meri, and Christine. Her dad added Robyn in Season one. But that was not the lifestyle for her.

“I am not going to be a polygamist,” she shared in 2014. “I think my dad is sad that I won’t be a polygamist, but I think he’s also kind of just come to the realization that it’s not gonna happen.” And she stayed true to her word. The following year, Maddie and Caleb Brush announced their engagement. Brush also reiterated their desire to stay monogamous. “We support Maddie’s family with their choice of living plural marriage and they support us with our choice in just marrying each other.” And the rest is history.

Maddie the Mommy…And the Struggle Is Real

Nothing can prepare you to be a mother. In May of 2017, Maddie and Caleb welcomed their first child, a baby boy. It was the first grandchild for the Brown family so it was extra special. He has a lot of energy and is giving the family a run for their money. This made the move to Flagstaff even more of a challenge because Janelle found herself softening upon becoming a grandmother. Then, Maddie announces she is expecting baby number two. This time, it is a baby girl, Evie and the second grandchild. Unfortunately, she was born with oligodactyly, which means she has less than five fingers on her hand. Additionally, she was missing a toe and one leg was missing a calf bone.

For Evie’s first birthday, the webbing in her hand was clipped and she had boyd amputation on her foot, now having a prosthetic. Throughout, Maddie has been promoting products on her social media, studying, and working. It’s finally catching up with her and she finally admits she’s overdone the coffee and the wine. But, she has found a way to be happy just as a mother, student, homemaker and worker. Though talking about the product Plexus, she is seemingly much more content.

We are so happy for her and hope to see her and the family when Sister Wives returns February 14th on discovery+.