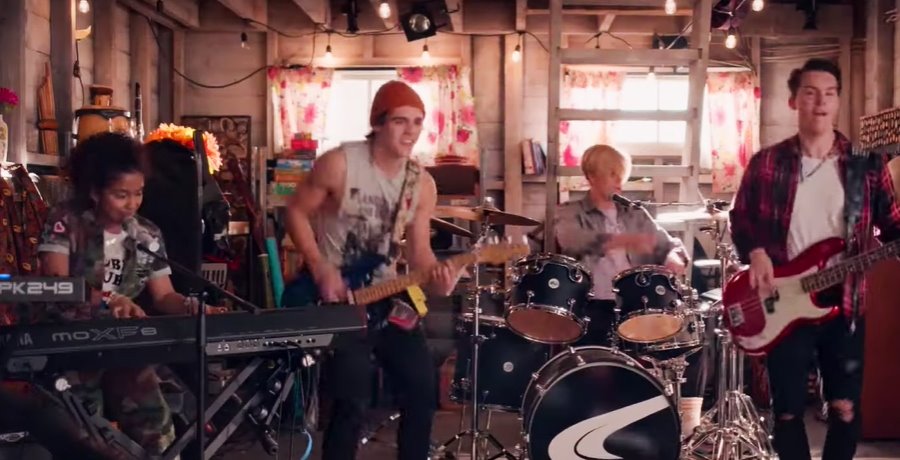 Eagle eyed Julie and the Phantoms fans noticed a second book is now available for pre-order. Here at TvShowsAce, we believe the second book dropping is confirmation a Season 2 is going to happen in the near future. The biggest clue being the book picking up directly where Season 1 leaves off. Moreover, there have been a lot of rumors Season 2 was being stalled because they were waiting for the book. Well, the book finally has a release date. And, we can only assume that means Season 2 will be confirmed soon.

Julie and the Phantoms second book available for pre-order

The second Julie and the Phantoms book is now available for pre-order. You can pre-order it on Amazon. And, it is available for a pretty affordable price at just $7.99. As those who recall the first book will remember, it has a purple cover. The second book comes with a red cover.

Whatever happens next, Julie and the guys know they’ve just had one of the best days of their (after)lives. And it gets Luke and Julie thinking about their last perfect days. . .

This exclusive Julie and the Phantoms story is told in flashbacks and alternating points of view!”

Based on the synopsis above, it is possible the book will revisit things from Season 1. This is because the synopsis suggests there will be flashbacks. And, the flashbacks will include alternating points of view.

When is the release date?

The release date for the Julie and the Phantoms second book is August 3, 2021. The book can be purchased now. And, it will ship out after the release date passes.

‘Julie And The Phantoms’ Season 2 Seemingly Confirmed & Here’s Why

Whether the book tells a completely new story or just provides more backstory and fills in gaps in the story line from Season 1 remains to be seen. But, we do hope this means a renewal of Season 2 is right around the corner.

Are you going to purchase Julie and the Phantoms’ second book? Do you think Season 2 is coming? Stick with us for the latest news on this Netflix Original Series.