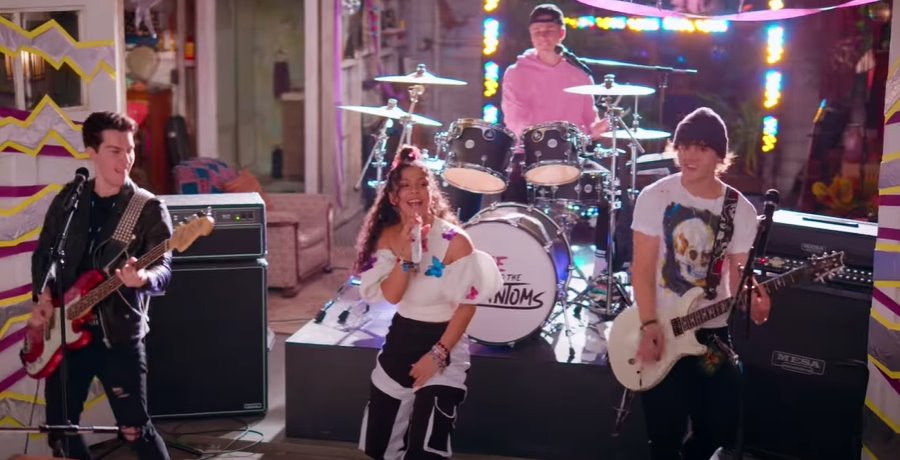 For those who have been waiting, it appears as if Julie and the Phantoms Season 2 has all but been confirmed. In the interest of being fully transparent, Netflix nor the cast or the social media account for the series have posted anything confirming Season 2. But, there is something else that happened recently regarding the series. Something that seemingly confirms a Season 2 is likely to happen. What has us (and some fans) thinking it is only a matter of time until renewal news breaks? Well, it is the release of some new Julie and the Phantoms merch on Amazon.

Julie and the Phantoms Season 2 Confirmed By Amazon Merch

Now, I know what you are thinking. What does Amazon have to do with Season 2? How could anything on Amazon confirm or suggest Julie and the Phantoms would be renewed soon? Well, one of the biggest fan theories regarding why Netflix hadn’t renewed the series was in relation to the book. Many believed Netflix wanted the next book to release before they confirmed Season 2 of the series. And, the second book just wasn’t ready to go. So, they stalled on confirming the next installment of the series.

Now, Amazon is a hot spot for picking up Julie and the Phantoms merch. There are tons of great items related to the show to pick up. Books, coloring books, clothing, and even bags. The amount of merch on the site continues to grow as the fan base does. So, you should have no trouble finding something you enjoy.


Needless to say, there is a little something for everyone on Amazon for lovers of this series.

Eagle eyed fans recently discovered a new Julie and the Phantoms book on Amazon. The book is not available just yet. But, you can pre-order it and it has a release date. More importantly, the book seems to pick up where Season 1 of the Netflix Original series left off. This book is the first real hope fans have had that a Season 2 is definitely going to happen.


The listing on Amazon confirms the release date for the Julie and the Phantoms second book is August 3, 2021. Fans, however, can pre-order the book now so it gets shipped out on the release date. Now, this release date is nearly six months away. But, it does give fans hope a confirmation of Season 2 is right around the corner.

Is The ‘Julie & The Phantoms’ Season 2 September Release Date Real?