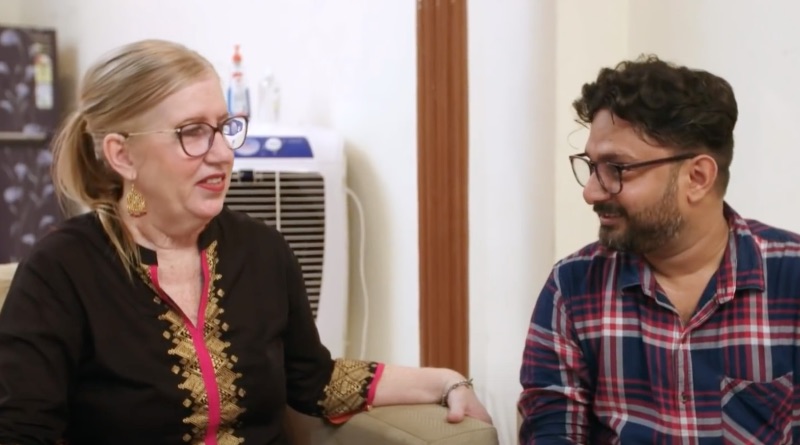 90 Day Fiance: The Other Way cast member Jenny Slatten seems to do things for Sumit Singh that no one else can. The popular TLC pair recently reacted to some of their more dramatic scenes from the past season of the spinoff – and they had a lot to say.

Jenny Slatten and Sumit Singh dealt with a lot of drama on both seasons of 90 Day Fiance: The Other Way. Usually, the culture shock alone that comes with moving to another country is enough to rattle the Americans. But in this couple’s case, they had even more on their plate.

Because of the couple’s age difference, Sumit Singh’s parents refused to accept Jenny Slatten as a wife for their son. This is a common theme stretching across both seasons. And it’s a major sticking point in the couple’s storyline. At one point, Sumit’s mother even threatened to commit suicide if her son went through with marrying Jenny Slatten.

Are There Advantages to Being with an Older Woman?

When it comes to age-gap relationships on 90 Day Fiance, it’s easy to focus on the negative things. One of the biggest ones that often comes up is the inability to have children. In many cultures, it’s important to have a child carry on the family name and legacy. And this was a sticking point for a while for couples like Angela Deem and Michael Ilesanmi.

In Sumit Singh and Jenny’s case, their age gap is a big one. And they both had to accept the fact that there would be no children in the future if they stayed together. Meanwhile, that doesn’t seem to bother the duo. And the only people that seem to have a major issue with this arrangement are his parents.

Moreover, the 90 Day Fiance duo both shrugged and laughed when trying to think of perks that come with dating someone older. So even though they came up dry in terms of reasons, they both have a good sense of humor about the whole thing – and that’s definitely something their fans love.

Whether or not this 90 Day Fiance pair are still together is a common topic among watchers. There’s a lot of drama in their on-camera storyline, so it’s easy to think that the pair could potentially call it quits. Still, the latest updates from the TLC duo seem to confirm that they are still going strong as a couple.

Jenny Slatten recently shared updates on her Instagram page. She seems to be living it up with Sumit Singh in the Indian state of Goa. Some viewers wonder if they will make that their permanent home. And she even shared updates eating her favorite Indian food – Biryani.