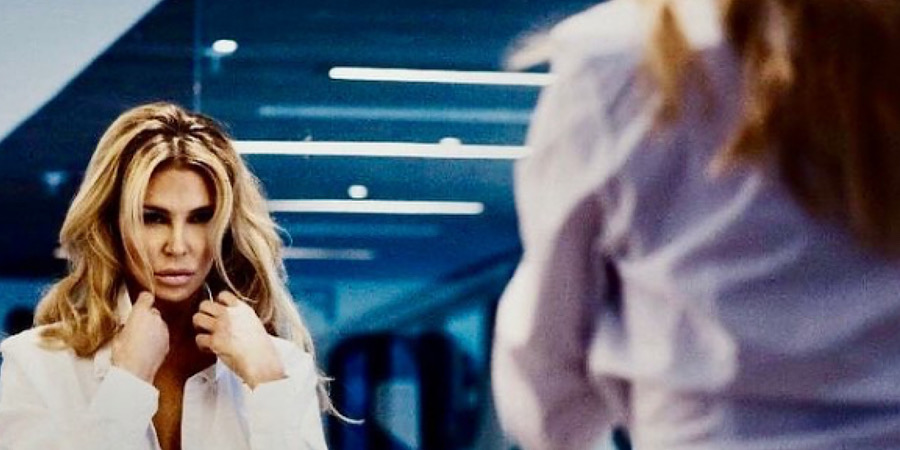 Brandi Glanville has never been shy about her intimate life or fantasies. She owned Season 10 of RHOBH with one bombshell: she and Denise Richards slept together. This single-handedly dominated an otherwise lackluster season. Though Denise denied it, she ultimately left the franchise after two seasons. But Brandi remains unapologetic. Now, the former housewife, model, author, and podcaster has her eyes on a new prize – Armie Hammer. Yesterday, she sent him a now-deleted scandalous tweet, offering him her ribs. And she had no idea the backlash she’d recieve.

Recently, some text messages between Armie Hammer and an ex-girlfriend have surfaced. They did not paint him in the most positive light. The messages alleged he had a cannibal-like persona. It included his desire to drink his partner’s blood, break their bones, and a bevy of other disturbing fantasies. Ex Courtney Vuceokovich claimed Hammer wanted to not only break her rib but barbecue and eat it. Paige Lorenze said Hammer branded her during their time together with a knife. Now, despite pages of exchanges and accusations, Hammer has vehemently denied this to be true.

“These assertions about Mr. Hammer are patently untrue. Any interactions with this person, or any partner of his, were completely consensual in that they were fully discussed, agreed upon, and mutually participatory. The stories being perpetuated in the media are a misguided attempt to present a one-sided narrative with the goal of tarnishing Mr. Hammer’s reputation, and communications from the individuals involved prove that,” his attorney said in a statement.

His ex-wife, Elizabeth Chambers has stayed mostly mum on this but is starting to come out of her shell more. As for Hammer, he dropped out of one movie and one television show, saying he wants to be near his kids. Whether that is the true story, we will never know. But, he does still have one admirer- Brandi Glanville.

She has had rendezvous with some pretty attractive men like Gerard Butler. And then Armie Hammer caught Brandi’s eye. Last night, she tweeted he could have her ribs and barbecue them. Followers were shocked she went that route. This was too much, even for someone as bawdy as her. Tweeters immediately responded to Brandi, reminding her women were actually hurt by Hammer. Apparently, she had no idea the severity of what he had done or what was going on with him.

According to a new tweet from a short time ago, Brandi claims she had no idea the extent of the allegations against the actor. Basically, she was a girl with a crush. She knew he was single and reached out. Now, she knows better and won’t be making that mistake again. At least she owned it this time. Despite her retraction, she is still being told she never learns. Was it in poor taste or a legitimate mistake? Let us know in the comments.