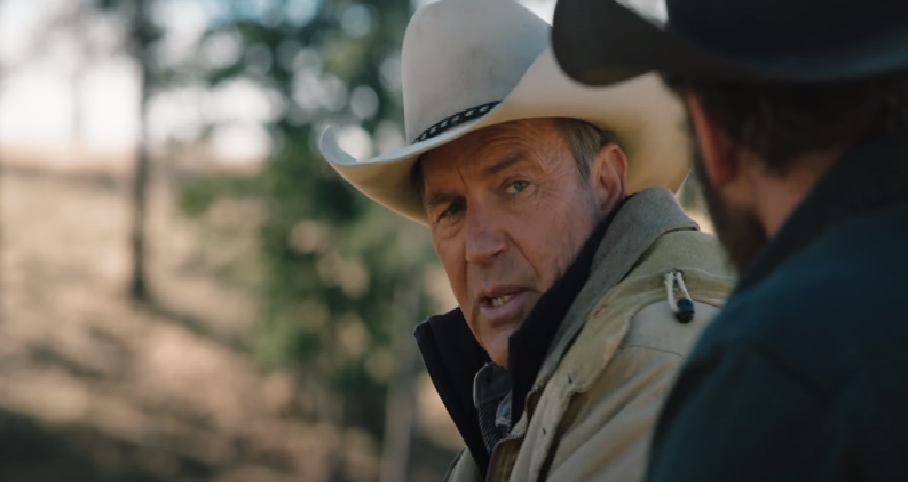 Yellowstone is one of the most popular television dramas of the past decade. Fans of the show are captivated as well as inspired by the Dutton family as they fight to control their cattle ranch. Lead by John Dutton, played by Kevin Costner, the Dutton family controls the largest contiguous cattle ranch in the continental United States. The Yellowstone ranch is bordered by land developers, an Indian reservation, and America’s first as well as largest National Park. Fans watch as the Dutton family fights intruders attempting to steal the land that has been in their family for generations.

The Duttons Are Fighting For Their Lives

The Season 3 Finale of Yellowstone is one of the most tear-inducing episodes in the series. Fans of the series spent three long seasons getting to know the Dutton family. Watching the evolution of the characters only made fans love them more. Fans learned of Beth as well as Rip’s vulnerabilities as the couple softened their tough exteriors. Some fans are envious of Beth as they watch her take hold of Rip’s heart.

After three seasons of Yellowstone, the Dutton Family is quite literally fighting for their lives. Kayce and Beth are being attacked in their offices. John Dutton stops to help a young mother change a flat tire when a group of men attacks him. The Season 3 Finale of Yellowstone ends as John Dutton leans against the tire bleeding.

The Season 4 Premiere of Yellowstone is airing this summer. Fans are eager to see if the Dutton family survived the surprise attacks.

Going To The Movies

Kevin Costner has once again captivated his fans. His role as John Dutton is arguably one of the best roles he has ever played. However, Yellowstone is not the only thing the veteran actor is working on. He will be appearing in a new drama series on ABC entitled National Parks.

Through Costner’s many roles, it is hard to pick a top performance. He has starred in such classic movies as Bull Durham, Field of Dreams, as well as JFK. How does one pick a favorite performance? Luckily, Costner is doing that for us. He recently posted a video to his Twitter account. The video shows Costner’s acceptance speech after winning the Academy Award for Best Picture for Dance’s with Wolves.

Ah, when going to the movies cost only $7. Thank you to @kevincostnerifc on Instagram for this flashback! pic.twitter.com/vL4b50OXQx

The career of Kevin Costner is amazing. He will no doubt go down in history as not only one of the greatest but one of the most beloved actors to ever live. One fan expressed her appreciation for the actor saying,

“It’s funny. I remember almost nothing of any speech at these awards. But I regularly think about your speech at the Oscars for Dances with Wolves, about how others may not remember the moment, but you would. Your family would. The native Sioux would.”

Time will tell what Costner will accomplish next. For now, fans are loving him as John Dutton of Yellowstone. Be sure to check back with TV Shows Ace for more news and updates.