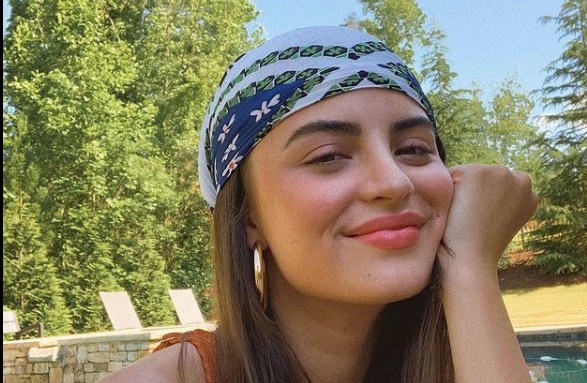 The Bachelor Matt James has had eyes for Rachael Kirkconnell since she stepped out to meet him night one. And, their relationship continues to flourish. However, at the beginning of the season, a former classmate of Rachael’s started ugly accusations about her. She alleged that Rachael bullied her for dating Black men. Since then, the Georgia native has had photos appear online showing her attending an Old South Ball wearing an antebellum plantation dress. So, needless to say the rumors are still flying. Now, Matt is speaking out himself about the controversy and allegations.

Matt James speaks out in response to Rachael Kirkconnell controversy

Entertainment Tonight caught up with Matt to talk about the scandal that has been plaguing Rachael. Matt said, “I have not spoken to anybody since the show ended, but I would say that you have to be really careful about what you are doing on social media.” He continued, “Rumors are dark and nasty and can ruin people’s lives. So I would give people the benefit of the doubt, and hopefully she will have her time to speak on that.”

He continued saying, “There’s a lot of stuff going around about the women that were involved in the show.” Matt also said, “I would just give them a chance to kind of have their piece, whether that is someone who was gone night one or someone who went home last night. Everyone has a story, and I would just be receptive to that.”

Since then, the new photos emerged of Rachael in her plantation dress. Matt has not spoken up about the newest set of allegations and rumors.

Of course, Rachael is unable to defend herself at the moment since she’s still in the running for Matt’s heart. So, Reality Steve is even considering bringing her family members on her podcast to help clear the air. Matt is hoping Rachael will be able to break her silence soon and speak her truth.

When you finally get that one-on-one 😍 #TheBachelor pic.twitter.com/vUnK07kvpx

There’s no doubt Matt is completely smitten with Rachael. And, these two have both admitted they have never really been in love before. Matt and Rachael told each other they were falling in love with each other on their one-on-one date. Time will tell if she’s the one for him.

He admitted it feels right whenever he’s with her. Following him declaring he was falling for her, he did speak out about why he did it. Matt said, “Having not been part of The Bachelorette before I was the Bachelor, I didn’t know the rules and regulations of how to use that word.” the continued, “And so, whenever I felt something, I said it. And I only said things that I meant and felt. So, if that got tossed around a few times, it’s because I felt it. And if it doesn’t, then that means that connection hadn’t gotten to that point yet.”

Things are looking good for these two if they can get past the rumors.