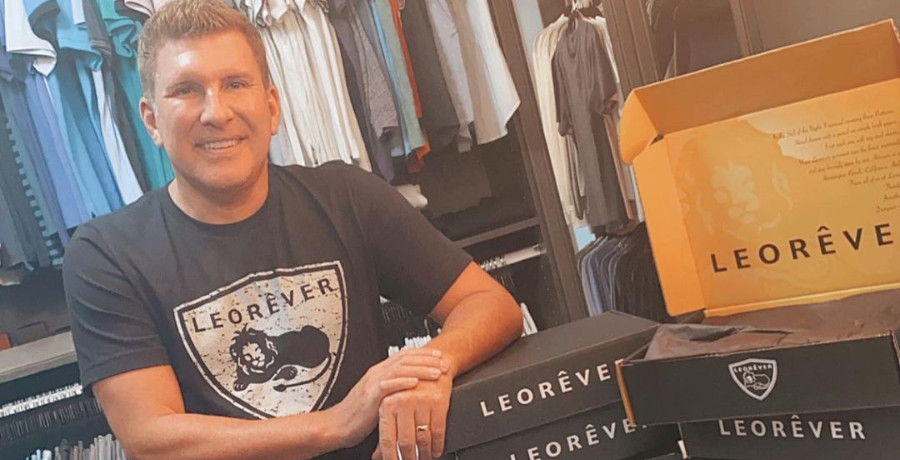 Country singer Morgan Wallen is under fire from all sides after a video of him shouting a racial slur went viral earlier this week. So far, he’s been dropped by his record label, country music radio stations, and barred from ACM nominations. However, not everyone is a fan of ‘cancel culture.’

Chrisley Knows Best star Todd Chrisley posted two quotes on his social media within hours of each other. The timing and content of the quotes led to fan speculation that the outspoken reality star was defending Morgan Wallen.

If you follow Todd Chrisley on Instagram, you know he’s always on his soapbox. When he’s not trolling trolls, he’s posting vague quotes and sayings about one thing or another. He took to his Instagram on February 3rd to share his thoughts on ‘cancel culture.’

He shared a meme about finding “compassion for the fallen” instead of making them outcasts. Todd Chrisley included a caption to the photo that laid his thoughts out. His post began with a warning: “Dangerous times we are living in folks.”

He went on to reiterate what the meme says, about lifting the fallen up instead of outcasting them. According to Chrisley, when people make mistakes, “we can’t CANCEL people like they never mattered.”

Many of his followers took to the comment section with an “amen.”

Todd Chrisley wasn’t done with his preaching yet, though. He was back on the ‘gram on February 4th with more wisdom to impart. Once again he shared a meme with a cryptic quote summarized as “words don’t define us, actions do.”

As usual, he added his own insight on the quote with his caption. He wrote that, “We can’t control what someone calls us, but we can control what we answer to.”

His followers again agree with the sentiments. But more than one follower couldn’t help but wonder if Todd Chrisley’s posts were in response to ‘cancel culture’ taking aim at Morgan Wallen.

Was He Defending Morgan Wallen?

More than one person took the Chrisley Knows Best patriarch’s posts to be in reference to Morgan Wallen. A few people left comments in support of Wallen, assuming that Chrisley was also defending the embattled singer.

However, in one reply, Todd Chrisley cleared that misconception up real quick. He wrote that he wasn’t “referring to anyone in particular.” Rather, the “country as a whole” is full of sinners. He did confirm that he is against ‘cancel culture,’ writing that it “isn’t the answer.”

According to Todd Chrisley, the answer is to “grant grace” to others.

Do you agree with Todd Chrisley that ‘cancel culture’ has gotten out of hand? Leave your thoughts in the comment section down below. Make sure to follow us on Twitter for all the latest TV news!