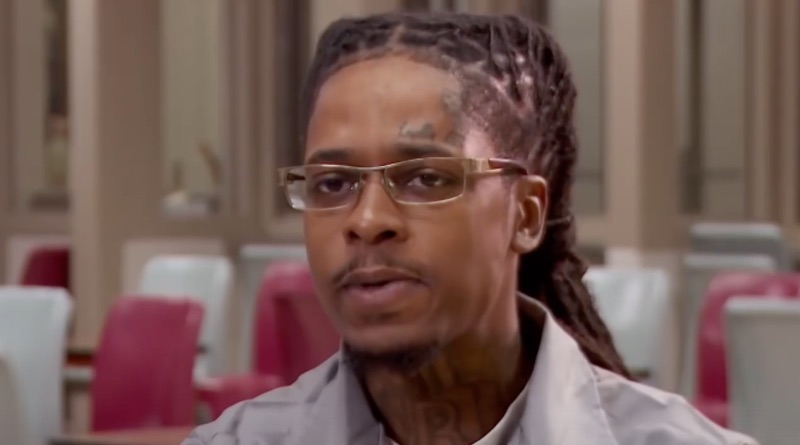 Life After Lockup cast member Quaylon Adams recently bared all in a big way. What did the former inmate reveal?

There’s a lot of drama going on right now in the current Life After Lockup episodes between Quaylon Adams and Shavel Moore. It’s always tough when your dirty laundry airs on national television. And some reality cast members have a more challenging time adjusting to that than others.

Meanwhile, Quaylon Adams strips down in a different way recently. The Life After Lockup star stripped down to his drawers and showed off his ink. Quaylon has tattoos from head to toe. And a lot of them aren’t as noticeable on camera. But he recently showed off all his work – and it covers the majority of his body.

Life After Lockup star Quaylon Adams spent 12 years behind bars for armed robbery. He went in at just 17 years old – and spent most of his formative years behind bars. And based on the amount of ink he has, it’s clear he spent a lot of time getting tatted up. Along with the pic showing off his ink, Quaylon wrote “TattedUpQuay” in the caption.

Quaylon certainly has a lot of ink. And it doesn’t look like there’s much room for more now that he is on the outside. Still, he seems happy with the overall look – and a lot of his Life After Lockup followers like it as well. In addition, some female followers joked that he should get their name on him also.

Shavel Moore and Quaylon Adams deal with a lot of drama on the WEtv spinoff. It all started when Shavel found messages from another girl on Quaylon’s phone. He makes an attempt to get her back. But Shavel is still wary in current episodes.

Meanwhile, there’s even more drama playing out in real-time – away from the Life After Lockup cameras. Quaylon recently dished on the Domenick Nati Show that he isn’t currently dating anyone at the moment – and that includes Shavel. According to him, they are still working on their issues. But as of right now, he said he is a “single man”.

Even though Shavel Moore held it down for him while he was in prison, things changed once he got on the outside. He feels Shavel wanted things to move too fast once he was out. And he didn’t get the time he needed to adjust and get used to living life back in society. He added that things are “shaky” for the pair right now. So this is certainly a situation to watch as the current episodes air.

Come back to TV Shows Ace for more news on all your favorite reality TV stars.