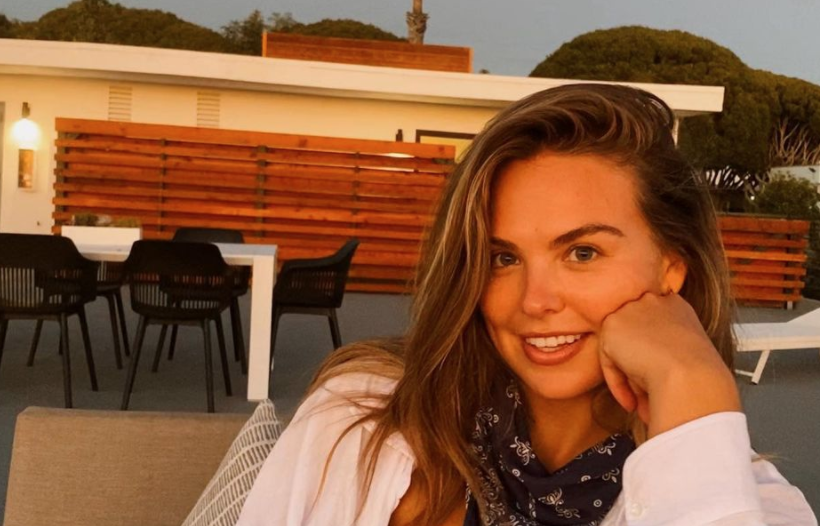 Former Bachelorette Hannah Brown has a new boyfriend. Slowly but surely, more and more details about the relationship are coming to light. Turns out, Hannah is pretty happy.

It has recently been revealed that Hannah Brown has a new boyfriend. This has been her first official boyfriend since starring on The Bachelorette.

According to Yahoo! current Bachelor, Matt James, is talking about Hannah and her new guy.

“Hannah is my girl. I talk to Hannah on a regular basis,” he says on The Ben and Ashley I Almost Famous Podcast. “I actually met her new boyfriend, who’s incredible.”

He continues by saying that Hannah is actually really happy. This is so exciting for her. It’s clear on social media she’s really been working on growing herself these last couple of years.

“He’s awesome and she’s happy and she deserves to be happy,” Matt says.

So who is the new man? His name is Adam Woolard – at least that’s what everyone thinks. His name hasn’t quite been confirmed yet. However, just last month Hannah and Adam were seen holding hands Yahoo! says. This timing seems pretty suspicious, so there’s a good chance it is Adam.

What does Matt think?

Lucky for Hannah Brown the current Bachelor really likes Hannah’s new boyfriend. This is great news since Hannah and Matt are so close. They were even both apart of the Quarantine Crew back at the start of 2020. This was before Matt was even announced as The Bachelor.

“I couldn’t approve more,” Matt reveals. “I actually had a chance to meet him, and he’s incredible.”

Of course, there are always fans who wonder if Hannah Brown and Tyler Cameron will ever get back together. They had a pretty steamy relationship on The Bachelorette. Matt is able to talk about this a bit since he is Tyler Cameron’s best friend. From what he’s saying though, it doesn’t seem like they will get back together.

“He’s a really good guy, and I’m excited for Hannah and Tyler [Cameron] because I think people can see they can co-exist. They can be happy with people that aren’t Tyler and Hannah,” he reveals.

Are you happy for Hannah Brown, or do you want to see her with Tyler Cameron? Let us know in the comments below. Come back to TV Shows Ace for more news on all of your favorite Bachelor Nation stars.