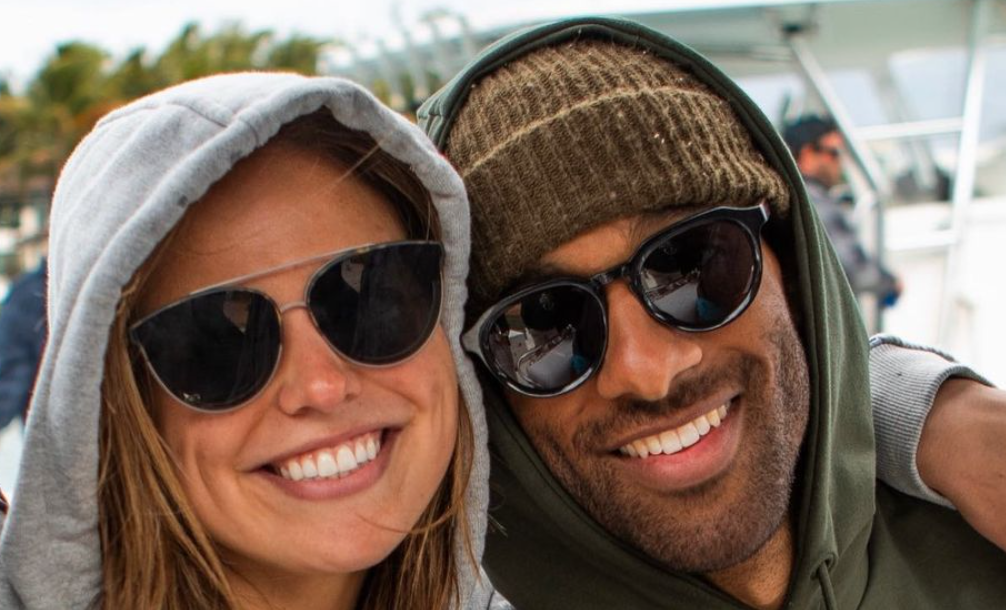 Matt James isn’t only interested in his own love story. He is also talking about Hannah Brown and her current love story. The Bachelor star is letting fans know his opinion on Hannah’s new guy.

Matt and Hannah go way back. When Hannah was on The Bachelorette, she fell in love with Tyler Cameron. Long story short, Tyler and Hannah didn’t end up together. However, their friendship didn’t end there. Instead, she became pretty close with Tyler and his friend group. In that group? Matt James of course.

Matt and Hannah Brown ended up in quarantine together. They formed what was called the ‘quarantine crew’ and spent the first part of lockdown making videos and having fun together. Honestly, they made the best of a bad situation.

Since then, the pair have continued to flourish in the friendship department. Of course, it’s important that Matt approves of whoever Hannah dates. And, he does this time ET says.

“I couldn’t approve more,” Matt says of Hannah’s boyfriend, Adam Woolard. “I actually had a chance to meet him, and he’s incredible.”

So does this mean that things are really over for Tyler and Hannah? It seems like yes. He even admits that this will be a good chance for people to see that Hannah and Tyler can co-exist. While some Hannah Brown/Tyler Cameron fans may hope this isn’t true, they can always wish.

“He’s a really good guy, and I’m excited for Hannah and Tyler [Cameron] because I think people can see they can co-exist. They can be happy with people that aren’t Tyler and Hannah,” he reveals.

When will Tyler see Matt James?

Of course, fans haven’t seen the end of Matt James and Tyler Cameron together. In fact, it looks like Matt and Tyler will be together once more on next week’s episode of The Bachelor.

This time, Tyler will be giving Matt James some advice as he navigates the tough role of The Bachelor. Not that Tyler has ever taken on the role either.

“Tyler coming was just in time, because it was a point for me where I was feeling things I haven’t felt before and I needed to talk to someone who had been through it,” Matt says. “And we had a little surprise in store for Tyler that he wasn’t aware of.”

Do you like Hannah Brown’s new boyfriend? Let us know in the comments below. Come back to TV Shows Ace for more news on all of your favorite Bachelor Nation stars.