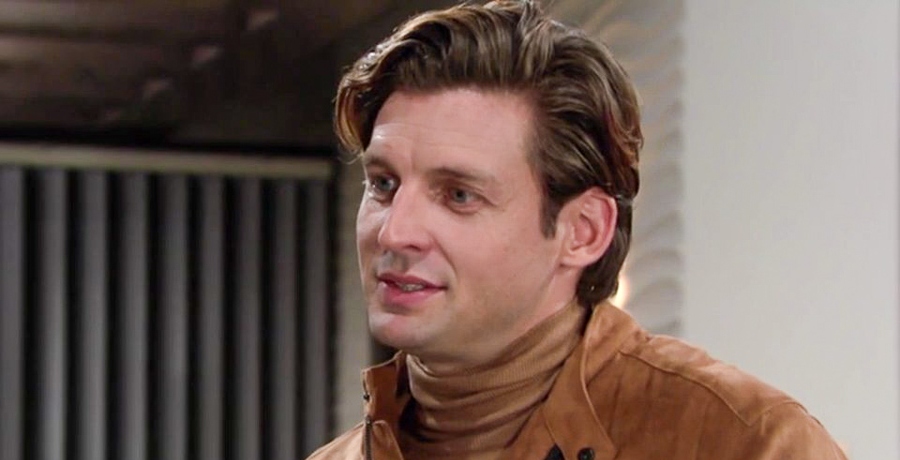 As fans know, Donny Boaz has left his role as Chance on The Young and the Restless. In his role as Chance, his fans have followed his sweet love story with Abigail Newman (Melissa Ordway), aka Abby. The couple was even taking the step of trying to form a family with a new baby, but suddenly, this was all ripped away. ‘Y&R’ fans were horrified that he was leaving the soap opera and have formed a petition, demanding his character’s return.

Donny Boaz and The Young and the Restless

Since the news broke of Donny Boaz leaving Y&R, social media has been alive, with fans devastated by his departure. The Young and the Restless fan groups on Facebook are full of messages, with fans horrified and dismayed over his leaving. As Donny mentioned in his own Instagram post, the reason for his leaving was financial. The show was suffering due to the effects of the COVID-19 pandemic.

What likely made matters even worse, was news that Theo (Tyler Johnson) is returning to Genoa City to dish the dirt on his cousin Kyle. Fans are asking, if the reason for Donny’s leaving was financial, how then can Y&R bring back Theo?

Fans start a petition to return Donny Boaz to Y&R

Now, The Young and the Restless fans have launched a petition. In the petition, they are demanding that Boaz be reinstated on the CBS daytime soap. On the Change.org petition, a mega-fan points out that Donny joined Y&R in 2019. They wrote that prior to Boaz’s arrival, his character Phillip Chancellor had been “MIA for 8 yrs.” In fact, Chance had no relevant storyline at all.

The petition continues, saying that with Donny’s arrival in the role of Chance, viewers got a “front-row seat to the sweetest blossoming love story.” This was as Chance fell “head over heels in love” with Abigail Newman, aka Abby.

The fan points out on the petition that the joining of these two characters led to a “huge following on social media.” It reads that Abby and Chance’s supporters have been all in with the couple from the day Boaz joined the show.

Petition to bring back Donny Boaz to The Young and the Restlesshttps://t.co/PTACoXKKbs

Best actor to play the role of Chance

The megafan wrote that Donny is the best actor to have played Chance on The Young and the Restless. In fact, his contribution to the soap opera cannot be ignored. The petition points out that Donny and his castmate Melissa Ordway “have amazing chemistry together” and keep viewers tuning in. It adds that Y&R writers had fans excited over the fact that the newlyweds would be starting a family. At last, the CBS soap had an original storyline, as Abby found out she could not carry a baby. This began a surrogacy storyline, with Abby’s friend Mariah doing the duty.

However now, with Chance not around, there will be no father for the baby and “no happy ending for Abby.” The petition points out that the couple and their loyal fans deserve better than this. It goes on to imply that fans will no longer want to tune in to the show. The final words on the petition are, “Remember NO FANS NO SHOW!!! Bring back Donny Boaz to Y&R!!!”

At the time of writing, 2,742 fans have signed the petition. Readers, please let us know your thoughts. Will you be signing the Change.org petition to bring Donny Boaz back?