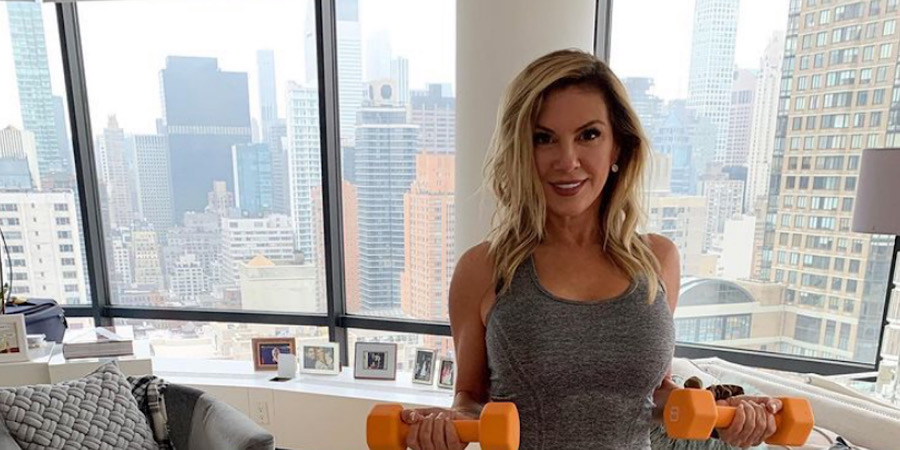 It’s no wonder Kelly Dodd and RHONY’s  Ramona Singer are good friends. These housewives seemingly have zero respect for Covid-19 protocol and continue to travel as if there’s no pandemic. Recently, production on Season 13 of RHONY was shut down when an unnamed housewife came down with Covid. Though the cast was asked to stay in New York, Ramona had other plans.

When Covid first hit America hard in early 2020, Ramona seemed tone-deaf to what was going on around her. She continued to travel and was constantly posting her adventures on social media. Followers could not believe how unaware she was of the suffering around her. After living it up in Aspen, Singer fled New York City for Florida along with her adult daughter, Avery. They got a long-term rental near her ex-husband Mario and soon it came out Ramona tested positive for Covid antibodies. No one was surprised but felt she should be more cautious as to what she was doing and where she was going.

In May 2020, Ramona posted a photo with a friend at Benny’s on the Beach. One follower had this to say in response to her mask less photo: “You’re a celebrity and loved/hated for the role you play on housewives but in the real world do us a favor and wear a mask to protect the rest of us that live here year round.” Another said she was socially not responsible and the list goes on. Being a public figure, she has an obligation to set an example and many felt she was failing. Ramona tried to defend herself on the Season 12 RHONY reunion but Andy Cohen, who had Covid, was not buying it. She has yet to stop her on-the-go life and this may get her in trouble with Bravo and the series.

When a cast member came down with Covid, it was the second time this season that production on RHONY had to be shut down. The cast was told not to leave New York so they can finish filming the season. Luann de Lesseps openly did not listen and traveled to Florida. She posted about it and tested negative upon returning home. Ramona also went on vacation, starting in St. Barts. But, Singer gave the illusion is that she is still in town by posting pics in her NYC apartment. Now, according to Page Six, the 64-year-old was just spotted partying at Mar-a-Lago in Palm Beach, Florida. Yes, Donald Trump’s Mar-a-Lago.

According to a guest, Ramona was physically on her game: “She looks amazing. Legs of a 20-year-old. All the girls were saying how great she looked.” This comment has led readers to believe she was the one who planted the story in Page Six. The network apparently did what they could to reiterate the importance of the ladies staying put. They did not listen and could put the future of the season in jeopardy. The fact that Ramona cannot even be honest about where she is and has to post lies, putting her cast and crew in danger, should be enough for Bravo to take action.

In case you forgot, she openly endorsed Trump in Season 9 so it is no surprise she is partying there. The problem is she should be home, safe and sound. Do you think she should be subject to punishment by Bravo? What about Luann? This will make for a very interesting reunion. No word on when the new season will return but they have to film the rest of Season 13 first. Let us know your thoughts in the comments!