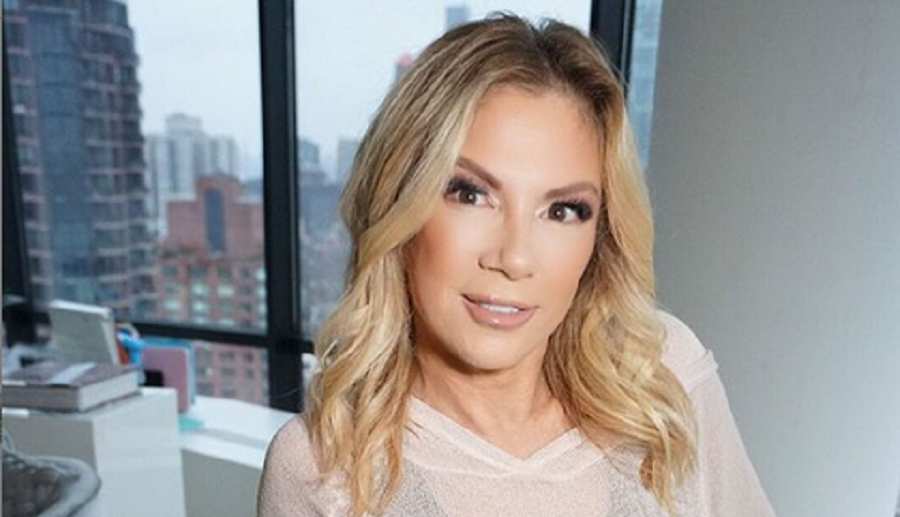 Ramona Singer has a new job. She’s currently filming Season 13 of The Real Housewives of New York City with her co-stars. Does that mean she’s going to quit mid-season? Fans remember when Tinsley Mortimer quit half-way through Season 12.

She was in the midst of her breakup with now-fiance Scott Kluth. But then he asked her to move to Chicago with him. Tinsley decided that was the perfect moment to start their lives together. So, she took off with him and the rest is TV history.

Some of her co-stars were bitter over that. As for Ramona, she may become even busier. She’s embarking on a new career in the world of high-end real estate.

Ramona Singer has a new job

According to Page Six, the entrepreneur from RHONY is moving into a new venture. Ramona Singer is saying goodbye to her skincare and Pinot Grigio lines. She’s focusing on high-end real estate instead. An insider told Gimme Shelter that Ramona is currently studying for her New York real estate license.

While she doesn’t have it yet, she’s ready to join Michael Lorber’s team at Douglas Elliman. Ramona knows the team very well. She chose that firm that represented her when she sold her Upper East Side apartment for a cool $4 million. She’s currently renting a unit at 256 E. 66th St, located in the Solow Tower, according to insiders.

It’s likely that Ramona wants to be as close to her new job as possible. As Bravo fans know, Michael is one of the former cast members of Million Dollar Listing: New York City. Ramona is also the owner of another luxurious property located in The Hamptons. It’s the same place that newbie Leah McSweeney infamously trashed last season.

Aside from buying and selling homes in New York City, Ramona is known to rent out her property in The Hamptons. But it’s not available for fans to enjoy since it comes with a big price tag. Ramona’s Hamptons home has become an infamous place. Ramona’s former husband, Mario, was caught having an affair with socialite Kasey Dexter.

Currently, Ramona and her co-stars are filming the 13th season of the series. Several weeks ago, the cast had a COVID scare. But they are taking safety precautions as they continue to film until later this year or early next year. Bravo also confirmed that Eboni K. Williams has joined the show.

Ramona signed a contract with Bravo. It’s been reported that she will remain for one more season or more on The Real Housewives of New York. She ended the previous season in typical Ramona fashion. She offended her co-stars and viewers with her lack of awareness about the coronavirus pandemic.

Now, she wants to expand outside of wine and skincare. Fans feel that Ramona got this new job after rumors swirled her gig could be up. Bravo wants to diversify the show and attract a younger audience. Even Leah has been calling for a more diverse RHONY.

What are your thoughts? Do you think Ramona will leave the show? Sound off below in the comments section.

‘Little People Big World’ Do Zach And Tori Roloff Have Real Jobs?
‘Return To Amish’ Rosanna Miller Officially Confirms Pregnancy- See Her Bump
Is ‘The Bachelor’ Scripted, Former Cast Members Weigh In?
‘The Young and the Restless’ Spoilers, August 2-6: Phyllis Gets Everything She Needs
‘MBFFL’ Season 9: What Is Chase’s Big News For Whitney?!