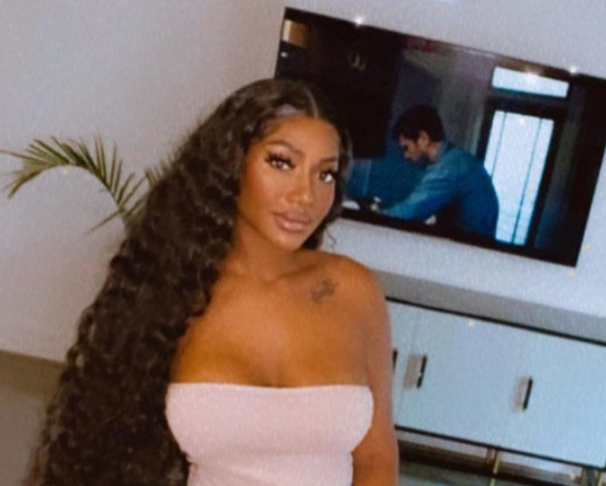 Fans will remember the failed relationship of 90 Day Fiance: The Other Way stars Brittany Banks and Yazan Abu Horira. On the new discovery+ spinoff, 90 Day Bares All, fans received shocking information. It isn’t clear whether Brittany’s latest racy video post on Instagram relates to that fact. In the since-deleted footage, she gyrates to a rap song in a tiny bikini, shaking her booty for the camera.

In the 90 Day Fiance spinoff, 90 Day Bares All, fans recently heard some shocking revelations. These related to the failed relationship of Yazan Abu Horira and Brittany Banks. Adam Lebzo, the couple’s translator, appeared on the show. He told viewers that Yazan was only interested in Brittany for her body. In fact, he was apparently ready to give up his family and risk his life over his lust over Banks. Moreover, Adam stressed that they literally couldn’t keep their hands off each other.

Whether or not it is related to that revelation, Brittany recently posted a racy video to her Instagram.  In the footage, she dances in a tiny bikini, shaking her booty and leaving little to the imagination. However, she deleted the revealing video after fans blasted her for it. Reportedly, comments ranged from telling her she is “disgusting,” to telling Brittany she doesn’t have to sell her body for money. Most of her followers said Brittany is trying too hard to make money from her reality TV fame.

Is Brittany hitting back at Yazan?

While Brittany may have deleted it, a 90 Day Fiance mega-fan nabbed the video and shared it on their Instagram. @90daythemelanatedway captioned the video, “Ya!! I see why Yazan was SPRUNG!!!!! (See my previous post) #melaninpoppin. #Repost @thebossbrittany.” They even added lyrics from the rap song, “i think about him all the time.” Readers can watch the video here.

Fans will remember the disastrous relationship between Yazan and Brittany. She couldn’t handle the cultural differences in conservative Muslim Jordan. In fact, the Palm Springs native continued to post revealing bikini images on Instagram, despite the fact that it upset Yazan’s family. They eventually broke up.

90 Day Bares All and Adam and translator

In the past, many fans had sympathized with Yazan, thinking he was truly in love with Brittany. However, they got to hear the truth on 90 Day Bares All from the couple’s translator, Adam Lebzo. He revealed that Yazan was only interested in Banks’ body, particularly her “feminine parts.” In fact, he added that the duo couldn’t keep their hands off each other.

Currently, fans can catch Season 8 of 90 Day Fiance on TLC, Sundays at 8 pm ET. Meanwhile, for the more juicy stuff, fans can watch 90 Day Bares All on discovery+ on Sunday at 10 pm EST. Fans can also catch Brittany on another new spinoff, 90 Day: The Single Life which debuts on discovery+ on February 21.