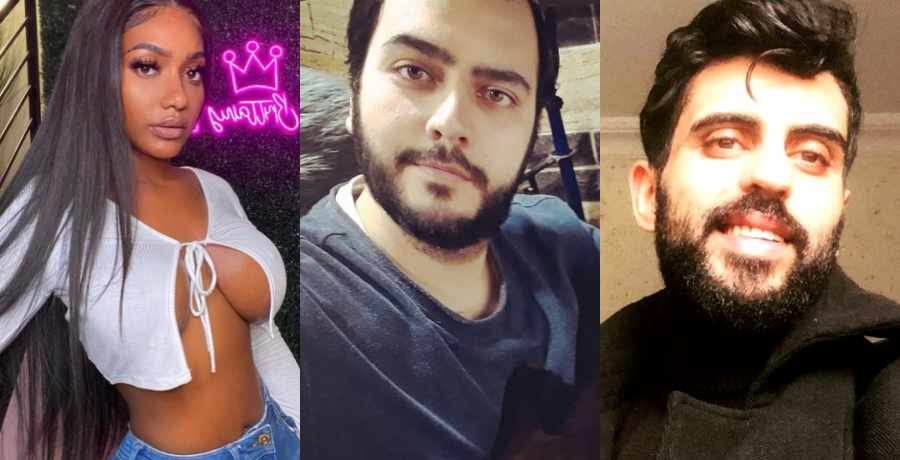 While we have heard plenty from 90 Day Fiance star Brittany Banks about her relationship with Yazan, we now get to the nitty-gritty. A sneak preview into Sunday’s episode of 90 Day Bares All reveals Brittany and Yazan’s translator, Adam, giving inside information about the pair. It likely isn’t too surprising to hear that the Jordanian hunk only wanted the rapper for her body.

Later, Yazan’s life was in danger over his relationship with Banks. His father threatened to kill him for bringing dishonor to the family. Since then, both parties accused the other of lying in a recent episode of 90 Day Bares All.

90 Day Bares All and Adam the Translator

Fans fell in love with Adam Lebzo when he first appeared on 90 Day Fiance: The Other Way. Brittany and Yazan’s translator turned into a popular star on the show. It turns out the 90 Day Fiance universe isn’t finished with Adam as he is now starring on the discovery+ spinoff, 90 Day Bares All.

A teaser clip was released for Sunday’s 90 Day Bares All, where host Shaun Robinson virtually interviews Lebzo. Shaun wants Adam’s inside point of view on Brittany and Yazan. In the clip, Lebzo talks about their drama-filled relationship. In fact, he reveals a telling conversation he had with Yazan about his rapper girlfriend.

According to Adam, Brittany and Yazan’s relationship was purely sexual. So much so, that Adam says the pair “couldn’t keep their hands off each other.” He asked Yazan why he was willing to give up so much for Brittany. This includes losing the love of his family, his social status in Jordan and potentially, even his life.

Adam says in the clip, “And believe it or not, the answer I get from Yazan was that, ‘I just love Brittany’s body.'” Lebzo said that Yazan more specifically loves her “feminine parts.” Even more, Yazan reportedly laughed after he said that.

Brittany and Yazan face off on 90 Day Bares All

During an earlier episode of 90 Day Bares All, Adam again acted as Brittany and Yazan’s translator. In that episode, Brittany accused Yazan of cheating on her when she returned to the States from Jordan. She claims she had caught him messaging several different women. On Yazan’s side, he denied the accusations, saying everything Brittany said was a lie.

Neither party could agree on who had broken up the relationship. According to Yazan, he told the rapper to leave him alone. However, Brittany said he asked her for money and that she had paid for everything while they were together. She even made the accusation that Yazan stole money from her purse.

Readers can watch the full teaser clip on ET’s website. The latest episode of 90 Day Bares All drops on discovery+ on Sunday at 10 pm EST. Fans can also catch Brittany on the other new spinoff, 90 Day: The Single Life which debuts on discovery+ on February 21.