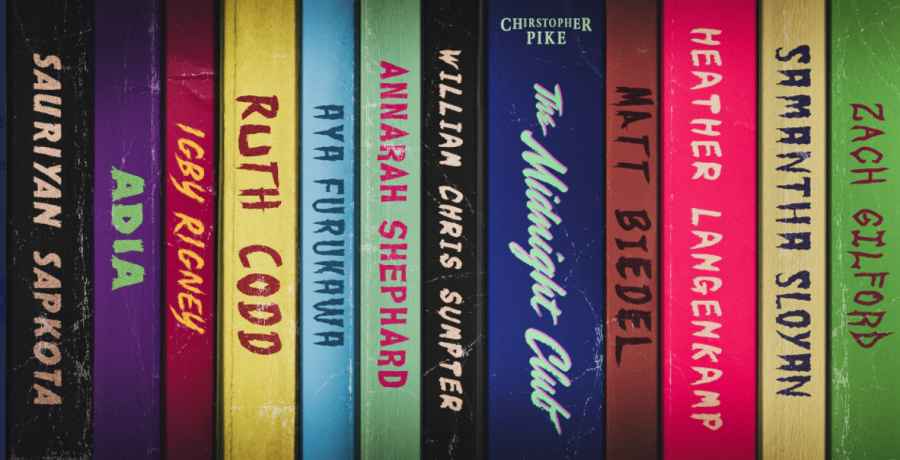 Netflix recently announced an upcoming horror series based on the book and title The Midnight Club by Christopher Pike. Mike Flanagan and Trevor Macy of The Haunting of Bly Manor are set to create the series. Netflix and Mike Flanagan took to Twitter on Monday to announce the cast of the new horror original drama series.

About The Midnight Club

The upcoming Netflix horror series is based on a book of the same title by author Christopher Pike. The story follows the adventures of a group of young horror-loving hospice patients. The patients gather at midnight to tell each other spooky stories.

The book summary tells us that Rotterdam Home is a hospice for teenagers with terminal illnesses. As the teenagers wait to die, five of them create a club. They start gathering at midnight to tell stories of intrigue and horror. One night, the teens make a scary pact. They agree that the first of them to die will make every effort to contact others in the group from beyond the grave.

WE ARE SO READY FOR THIS!!! Thank you to everyone involved for making our nostalgic dreams come true!!! pic.twitter.com/XHpdCe4tNS

Who will star in Netflix’s new horror series?

Both Netflix and Mike Flanagan hit Twitter to announce the cast of the upcoming horror drama. The tweet included an image, bearing the names of the cast members on the spines of a series of books.

Mike Flanagan and Trevor Macy (the brains behind The Haunting of Hill House) are turning one of Christopher Pike's most beloved novels into a new Netflix series.

Meet the cast of The Midnight Club! pic.twitter.com/YCVjxGuKWF

Horror fans can expect to see several noted horror film and series actors. These include Zach Gilford (The Purge: Anarchy), Heather Langenkamp (Nightmare on Elm Street) and Samantha Sloyan The Haunting of Hill House, Hush). Other noted horror stars include Aya Furukawa (The Cabin in the Woods) and Matt Bidel (Narcos: Mexico, The Umbrella Academy).

Mike Flanagan on The Midnight Club

In Mike Flanagan’s tweet, he writes that he is happy to be welcoming Heather Langenkamp. He says she will anchor the show as the enigmatic doctor who runs the hospice for young adults. Flanagan wrote, “To horror fans like myself, Heather is royalty, and I am so excited to work with her.”

Anchoring the show as the enigmatic doctor who runs this hospice for young adults, I'm honored to welcome Heather Langenkamp. To horror fans like myself, Heather is royalty, and I am so excited to work with her.

It turns out the idea of The Midnight Club is nothing new to Mike. He also tweeted that he has been dreaming of this project since he was a teenager. Flanagan cannot wait to embark on yet another adventure with his “@intrepid partner in crime and television, Trevor Macy.”

About the creators of The Midnight Club

Mike Flanagan and Trevor Macy are known for their work on the horror anthology series, The Haunting of Hill House and The Haunting of Bly Manor. However, Flanagan is far from new to telling horror stories. He has also created, Oculus, Hush, Gerald’s Game and Before I Wake. His best work is in psychological and supernatural horror movies and series. Now, he is excited to be involved in the adaptation of The Midnight Club for Netflix.

Trefor Macy has produced many of Flanagan’s movies under his independent production company, Intrepid Pictures. Flanagan and Macy have partnered with Netflix in a multi-year contract to produce exclusive content for the streaming channel.

As noted by Monsters and Critics, there is no news as yet as to when we can expect The Midnight Club to drop on Netflix. However, this is certainly something to look forward to.

‘Y&R Spoilers : Who Kidnapped Mariah Copeland And Where Is She?
Heather Locklear To Star In ‘Don’t Sweat The Small Stuff’ Lifetime Movie
Could Hallmark’s ‘Good Witch’ Continue With Movies?
First Auction of ‘Mythbusters’ Memorabilia To Benefit Grant Imahara STEAM Foundation
Chelsea Houska Catches Heat For Editing Photos Of Her Children