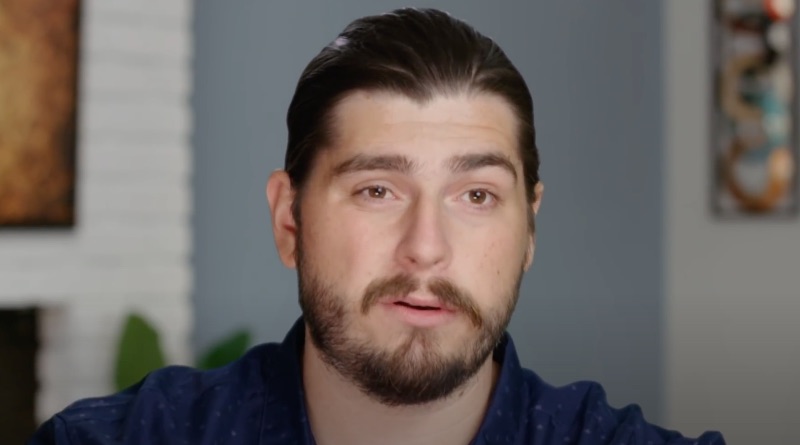 Most 90 Day Fiance watchers recognize Andrew based on the look he has in current episodes. His hair is long – and he grows out his beard for that scruffy look. But recently, Andrew Kenton decided to change things up in a big way. And it’s likely even the kids he takes care of in daycare won’t recognize him.

90 Day Fiance celeb Andrew Kenton decided to shave off the majority of his beard. And it’s a drastic departure from his usual look. He shared a series of clips to his Instagram story detailing the transformation – including the final results.

Turns out, this new look for Andrew Kenton wasn’t merely on a whim. A fan asked the TLC star if he’d ever considered shaving his face. So, he put together a poll and let fans decide whether he should do it or not. And most viewers want him to have a more clean-shaven look.

Still, according to Andrew, the 90 Day Fiance poll stayed close. 53 percent of fans were in favor of Andrew shaving his face. But according to what he said, the vote was even until the last hour of the most recent episode was on the air. Within that time, the vote for him to shave pulled away. And being a good sport about the whole thing, Andrew obliged.

With everything going on between Andrew Kenton and Amira Lollysa in current episodes, many watchers wonder whether they’re still together in real-time. Amira is back in France in current episodes – and the clock on her visa continues ticking.

The detainment storyline was not something the pair expected. And it really threw a wrench into their plans – especially since Amira was sent home. They were supposed to use the 90 days in America to see if they were compatible – and if they could build a future together. But things turned out drastically different for the duo.

Amira said in recent 90 Day Fiance episodes that she should be “relaxing” on the beach with Andrew Kenton. But she is back home instead. Meanwhile, she added that the pair barely talk since she landed back home. On top of that, there’s also the fact that her father isn’t a big fan of her man.

Meanwhile, the pair recently got into it on social media. Andrew called Amira a “fame-hungry liar”. And it certainly looks like the couple may be over for good based on some of the back and forth between them. If so, perhaps Andrew’s latest look is to attract some new ladies.