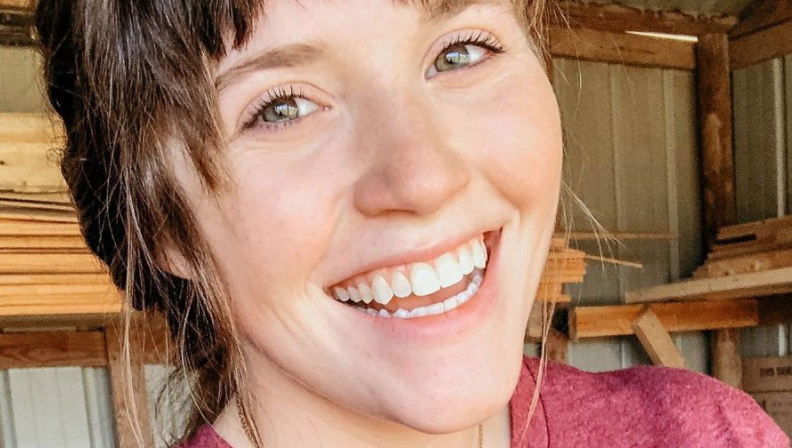 Joy Forsyth frequently shares cute photos of her family on social media. That’s one of the reasons that Counting On fans follow along with her. But her latest photos seem to top all of the others. Why are fans freaking out over the new ones?

On Instagram, Joy posted a few photos of herself and her two-year-old son Gideon hanging out with the goats. Her caption includes a witty pun, as she writes, “Relax… I goat this.🐐😂” A fan went along with Joy’s caption, writing, “Kids holding kids, can anything be cuter?”

In the first two photos, Gideon is standing with his cousin on the Forsyth side of the family. The two little boys appear to be around the same age. Joy tagged her sister-in-law Rachael in the photo, but her Instagram account is private.

Joy also shared a photo of herself holding a goat, as well as a photo of the goat by itself. You can see all of the photos here.

Of course, Duggar fans are weighing in in the comments section, and they are in love with the photos. Who wouldn’t be? One fan even called it a “cuteness overload,” and plenty of others agree. Joy’s friend Carlin Bates Stewart commented and said that the photos are “so cute!”

Fans typically say that Gideon and baby Evelyn both look like their dad, Austin. But, this time, fans think that they can see more of Joy in Gideon.

Somehow, the Duggars can’t ever seem to completely escape negative comments. This time, a fan thought they noticed Gideon wearing a child’s leash. Children’s leashes seem to be somewhat controversial. So, the follower asked if Gideon was wearing one. Quickly, Joy clarified that her son was actually wearing Buzz Lightyear wings.

After sharing the goat photos, Joy also shared a few photos of her family at home. They feature herself, Austin, and Gideon. One is a selfie of Gideon and Joy, the next is of Gideon with Austin, and the last one is of Austin and Joy together. Surprisingly, Evelyn hasn’t made an appearance on Joy’s page for a little while.

You can see the rest of Joy’s new photos here.

So, what do you think of Joy Forsyth’s new posts? Do you follow her on social media too? Share your thoughts in the comments below.

Wait, What? Does Isabel Roloff Plan To Raise Her Baby In A Van?
Lauryn ‘Pumpkin’ Efird Ready To Pop At 39 Weeks: See Baby Bump Pic
Nathan Bates & Esther Keyes Have An Exciting Announcement For Fans
Dannielle Merrifield Does First Live, Gives Clues To Next Season?
‘The Bachelorette’: 20 Things To Know About Blake Moynes